Former Nationalist MP has been appointed as the first director general of the Malta Developers Association. In a statement the MDA said that Portelli’s appointment was approved by the council on Friday.

Until recent, Portelli served as a former Environment Shadow Minister and a former board member of the Planning Authority. She then resigned without warning from her post as MP. 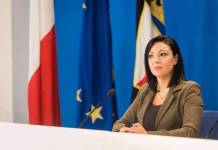 According to the developers’ lobby, Portelli’s appointment is “an important step in its efforts to strengthen its organisation’s structures to respond better to the current and future challenges of the country and the industry”.

‘The choice of Portelli to be at the helm of the MDA’s administration sends an important message to all stakeholders that the MDA is serious on putting the industry at the forefront of sustainable and pro-environment policies which need to be addressed,” MDA President Sandro Chetcuti said.

Chectuti said that he is confident that Portelli can advance policies that put forward the interest of both development and the environment.

Portelli said that she was quite surprised when she was approached to take up the role. She explained that while the construction industry remains “essential” to our future, it required a more sustainable footing.