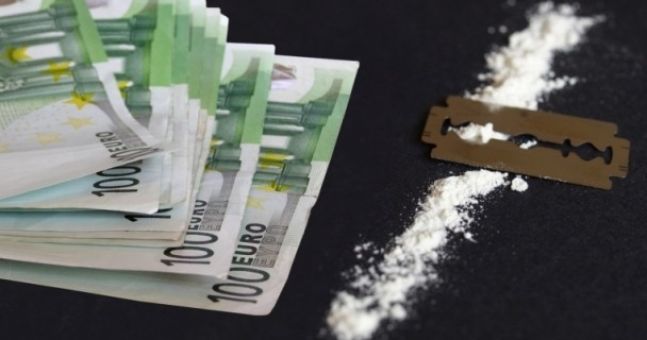 Drug Squad officers accompanied by sniffer dogs assisted the officers. Subsequently 15g of cannabis grass, 47g of cocaine, 17 cannabis resin and a substantial amount of cash were found hidden behind the sink.

The owner’s house in Ħaż-Żabbar was searched. An addition €235,000 in cash were found in safe. This led to money laundering charges.

The 54-year-old man was also accused of selling drugs within 100m from a place frequented by youths and of not submitting income tax returns in the past four years.

The man was also accused of relapsing.

The man was granted police bail while the investigations continued.

Defence counsel Franco Debono made a request for bail. He asked whether the accused explained the origin of the cash found at his home, eliciting a reply in the affirmative.

The prosecution objected to the request in view of the gravity of the offences. The court was asked to impose stringent conditions in case the request is upheld.

Presiding magistrate Gabriella Vella granted bail against a deposit of €5,000, a personal guarantee of €20,000 and an order to sign the bail book every day.

The court also issued a freezing order upon all assets of the accused, save for an annual statutory allowance of €13,976.