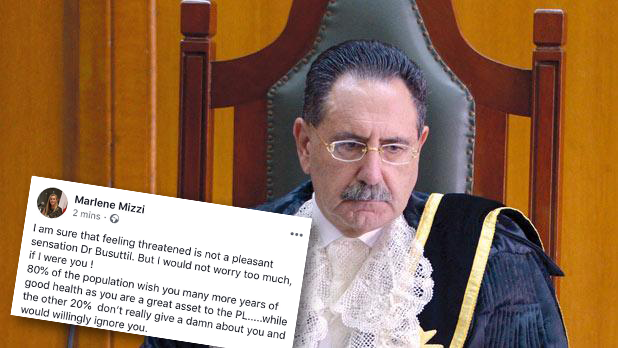 Mizzi said that Busuttil shouldn’t be worrying about threats as 80% want him to live, as that’s what’s most beneficial to the Labour Party, while the other 20% are simply ignoring him.

Legal sources who wished to stay anonymous have told Newsbook.com.mt that this comment takes on several shades of meaning, legally.

Last July, the Court agreed with Busuttil. However, the Attorney General is appealing the decision.

The legal sources went on to ask: why is it that as the appeal is ongoing, Marlene Mizzi is still verbally attacking Busuttil, when this can only strengthen Busuttil’s case?