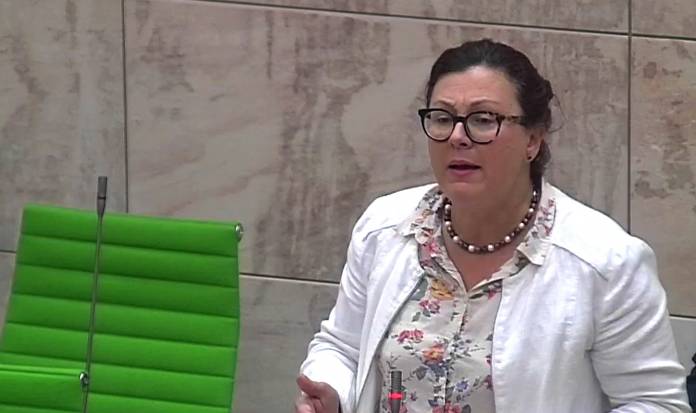 Partit Demokratiku MP Marlene Farrugia this evening appealed to Labour MPs to clean house to get rid of the elements which have embarrassed it and the country, not least Prime Minister Joseph Muscat.

Dr Farrugia was ostensibly speaking during debate on a bill amending eco-contributions, but as Justice Minister Owen Bonnici had done before her, chose instead to focus on recent developments surrounding the murder of journalist Daphne Caruana Galizia.

The start of today’s sitting was characterised by shouting matches and heated arguments, but proceedings calmed down considerably after Nationalist Party MPs walked out in the face of Dr Muscat’s refusal to resign, leaving Dr Farrugia and her partner Godfrey Farrugia, as members of the Partit Demokratiku, to fly the flag of the opposition.

She said that Dr Bonnici’s comments made it appear as though he held the need for justice for Ms Caruana Galizia close to his heart, but she pointed out he was the same minister responsible for the Cleansing Department employees sent daily to clear up the makeshift memorial to the journalist at the foot of the Great Siege Memorial.

Dr Farrugia noted that Deputy Prime Minister Chris Fearne had noted that irreparable damage had been done to the country’s reputation, before insisting that the seeds of Ms Caruana Galizia’s assassination were sown before the 2013 election which sent Labour to power, when she was still a Labour MP.

She observed that although she was shadowing utilities in parliament, she was not included in a committee Labour created to discuss energy matters. The reason, she added was obvious: “because they knew I would not get my hands dirty with public funds.”

The MP highlighted that when Panama Papers revealed that Konrad Mizzi and Keith Schembri had secret offshore accounts, Dr Muscat only went on to confirm them in charge of the most important and lucrative government contracts.

“When you see the government entering contracts that made no sense for the people, but made a lot of sense for the other party, you obviously speak out.”

She added that she could only assume that the companies benefiting from such contracts were providing a “bottomless well of funds,” to sustain a propaganda machine that ridiculed and insulted critics “until they created a political climate that led to the cold-blooded murder of Daphne Caruana Galizia,” she said.

Noting that Keith Schembri’s house was only being searched now, two years after the assassination, she asked “Do they take use for idiots? No wonder the Prime Minister wanted to retain control of investigations.”

In his own address, Dr Bonnici insisted that Malta’s institutions were functioning properly, and that recent developments proved this.

“Investigations take time,” he said. “I know it’s difficult for investigators to read the papers and be unable to respond, but this does not mean nothing is happening.”

The minister noted that Opposition Leader Adrian Delia himself faced serious allegations but refused to open himself to scrutiny, before appealing to protesters not to cross the line and use force.

He noted that some police officers were injured in the line of duty, “including one in an incident I was involved in,” referring to the policewoman who was injured when his ministerial car drove over her foot.

Debate was concluded by Tourism Minister Edward Zammit Lewis, who devoted some time to the official topic of discussion before reverting back to the actual one.

Noting how the Prime Minister has been criticised for his involvement in presidential pardon requests by suspects in Ms Caruana Galizia’s assassination, he said that those protesting outside parliament should appreciate that the procedure had been much less transparent under previous PN government.

He questioned where the protesters were when Brazilian drug mule Francisco Assis Queiroz and Joseph Fenech, better known by nickname Żeppi l-Ħafi, were pardoned, referring to pardons which took place in 1994 and 1996 respectively.

Marlene Farrugia raised a point of order to insist that one should not justify today’s wrongs with yesterday’s, before Dr Zammit Lewis went on to discuss yesterday’s protests, insisting that he did not deserve the insults he received as he left parliament.

The minister also insisted that in spite of mistakes that were made – conceding that Dr Farrugia had a point – the only solution was still a “Labour Party led by Joseph Muscat, which continues to change.”

“The protesters don’t want Muscat and they don’t want Delia, so what should we do,” he asked. “Make one of them Prime Minister?”

PL MPs ‘uncomfortable’ with the situation 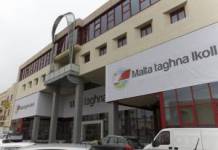