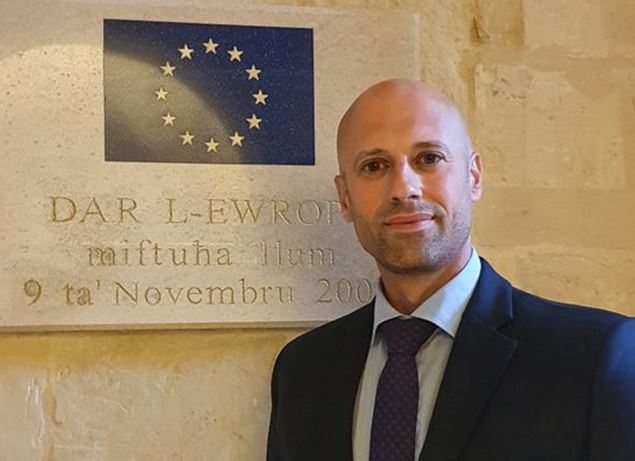 Dr Mario Sammut will be leading the European Parliament Office in Malta as from Tuesday.

Dr Sammut who is a lawyer specialised in European Union law, succeeds Dr Peter Agius who left the office in 2017, and Anna Zammit Vella who was acting head ad interim.

In 2016, he was seconded by the European Parliament to the Maltese Permanent Representation to the EU to assist the Maltese Presidency of the EU Council.

The EP office explained that Dr Sammut will be heading the EP Office’s communication and engagement in Malta on the role and powers of the European Parliament and its work in order to ensure citizens understand the impact of the institution on their lives.

The main role of the EP Offices is to inform and communicate locally the impact of the European Parliament’s legislative work on people’s lives.

EP Offices work also with the media, authorities and institutions, representations, NGOs and stakeholders, amongst others, throughout the EP legislative process and communicate the values, campaigns and positions of the European Parliament.