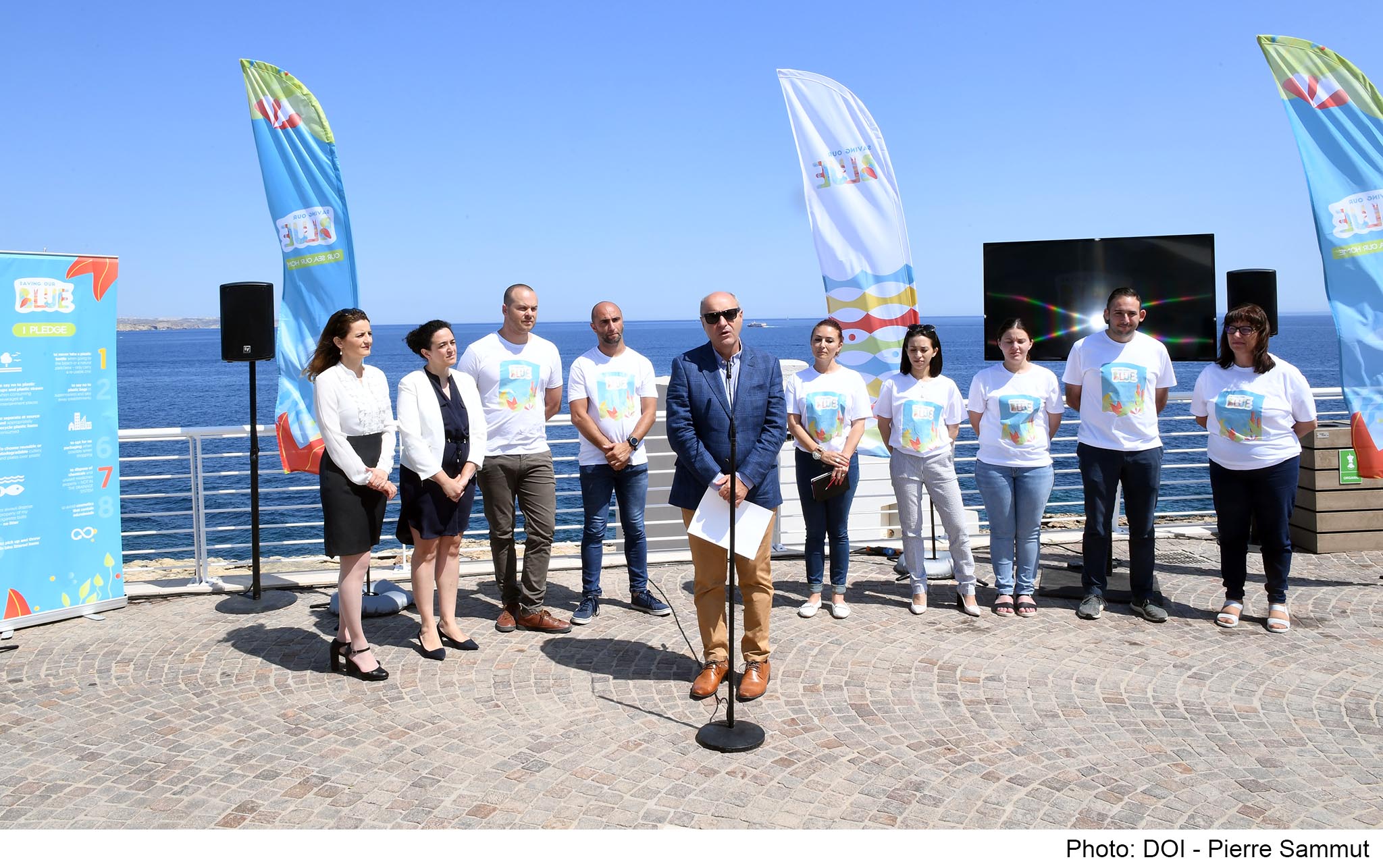 Plastic takes hundreds of years to degrade and plastic littering whether at home or on the beach is ending up in our seas and harming our ecosystems. This campaign we will be raising awareness on making slight alterations to our lifestyles that will collectively go a long way and will lead to living a more sustainable life.

Saving Our Blue, is a list of 10 pledges which include to carry a re-usable bottle when going to the beach; to say no to plastic cups, plastic straws and plastic bags; to choose re-usable or biodegradable cutlery and plates; to separate waste at source; to opt for no packaging when possible when shopping; to dispose cigarette butts, chemicals and unused medicines properly; to avoid cosmetics containing microbeads and to pick up and throw in bins littered items. We will also be visiting selected beaches throughout the summer to inform the general public how easy it is to change consumption patterns.

A specific programme aimed specifically for the younger generations, will also be set up in conjunction with Skolasajf, as well as a number of clean-ups organised through a joint effort by ERA, Wasteserv and eNGOs.

Minister Herrera stated that this campaign was launched because of the there is a need to tackle the inappropriately large amount of waste that is generated on our beaches. He added that we need to act quickly to sustain the marine eco-system and keep our beaches and waters clean.

The Minister also commended the work carried out by various voluntary organisations and volunteers in organising clean-ups. He said that these are a valuable means to cure the marine litter problem; however everyone should do their part in preventing marine litter in the first place.