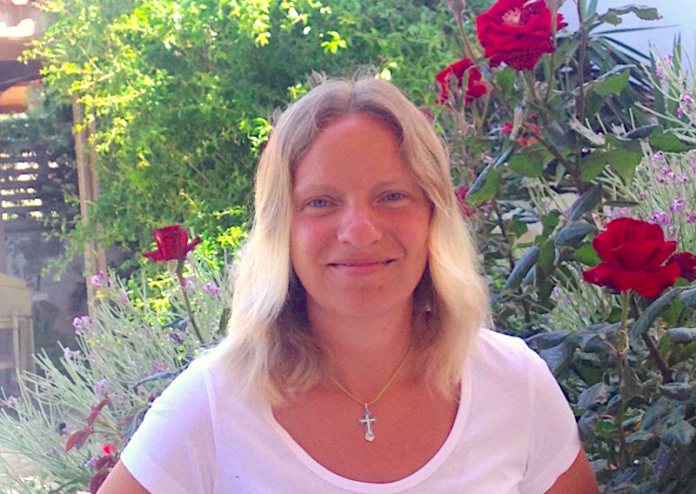 Pilatus Bank whistleblower Maria Efimova was recognized for her work in London by the Blueprint for Free Speech. The announcement happened concurrent to the monthly protest in Valletta demanding justice for slain journalist Daphne Caruana Galizia. On Wednesday activists gathered in Valletta to mark the 15th month since the investigative journalist was assassinated.

This was made public during the monthly vigil organised by civil society groups, Repubblika and Occupy Justice in front of the Great Siege of Monument which was addressed by activist Estelle Spiteri, lawyer Mark Fenech and Occupy Justice activist Pia Zammit. A message from Turkish journalist was read out to the hundreds present by activist Lizzie Eldridge.

Activist Alessandra Dee Crespo read out Efimova’s speech to those attending the protest. In her message she thanked the organisation for recognizing her efforts and said that such recognition was of “paramount importance” to those speaking out. Efimova explained that whistle-blowers were people who were not afraid to speak out and stood by their principles and beliefs. She dedicated her award to Daphne Caruana Galizia as she called for justice reiterating that those who were responsible for her assassination should be brought to justice. The whistle-blower described Caruana Galizia as her voice and her pen, since the journalist was the one to publish the information provided by Efimova. 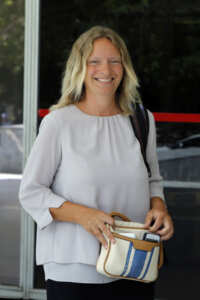 In her short message, Efimova thanked Greece for hosting her after the Greek court ruled that she would not be deported to Malta following a European Arrest Warrant issued by the Maltese Courts, her home country, Russia, she also thanked others who helped her and supported her throughout the ordeal. In her list, was Head of Delegation and PN MEP David Casa, Greek MEP Stelios Kouloglou, and Portuguese MEP Ana Gomes. She also thanked journalists Emanuel Delia and Nikolas Leontopoulus as well as civil organisations, Occupy Justice, Kenniesa, Awturi and other organisations involved. Repubblika and Occupy Justice celebrated Efimova’s award and thanked those present for having helped out with the legal fees Efimova had to pay when fighting extradition to Malta. The activists described Efimova’s extradition as an abusive move by the Government claiming it intended to silence those who uncover the truth.

Among those who received the Blueprint for Free Speech Award is Chelsea Manning, an American activist who had served as an Army soldier and was convicted of violating the Espionage Act and other offenses after disclosing to WikiLeaks classified and unclassified documents.

Pilatus Bank has had its license revoked by European Central Bank, while the bank’s chairman and owner Ali Sadr Hasheminejad was arrested in the United States. The adjudicating panel was made up of Lady Sue Woodford Hollick, an investigative journalist and former chairperson of Free Expression and Index on Censorship, investigative journalist Mark Davis who was awarded the Walkley Award five times and Australian journalist Suelette who had works published in the Herald Sun, The Guardian and The Independent. The ceremony took place at The Frontline Club in London.

‘Hrant Dink is to Turkey, what Daphne is to Malta’ – Estelle Spiteri

Activist Estelle Spiteri from local pressure group il-Kenniesa also addressed the activists on Wednesday. She kicked off her speech reading a short passage from a piece titled ‘Like a Nervous Pigeon, My Unsettled State of Mind’ which was penned by slain Turkish-Armenian journalist Hrant Dink who was editor-in-chief of the bilingual newspaper Agos and was assassinated on 19 January 2007. Spiteri told those present about Dink’s family’s battle with the courts as they continue to demand justice for Dink. She then spoke how Caruana Galizia inspired the activist group. She then asked those present to take their phones and type ‘For #DaphneCaruanaGaliza: We want a public inquiry and we want one now’ inviting them to tag Prime Minister Joseph Muscat in a public Facebook post.

The Shift’s Writer and Occupy Justice activist Lizzie Eldridge read out a message sent by Turkish journalist Pelin Unker who was recently convicted in a libel suit instituted by former Turkish Prime Minister Binali Yildirim and his sons regarding her investigative work into Yildirim’s sons off-shore companies in Malta which were used to evade taxes.

Lawyer Mark Fenech also addressed the activists gathered in front of the Great Siege Monument, reminded those present that freedom and democracy required both. He dispelled the myth that having elections every five years was enough to consider a country free and democratic. Fenech explained that these two words also include accountability, transparency, impartial courts, respect for fundamental human rights. The lawyer reminded those present that democracy and freedom were not achieved easily, as history has showed us. Fenech referred to the 80s in Malta, describing the ruling regime which did not tolerate dissent, and suppressed protests as well as had a track record of “selective justice”.  Fenech described this time as a difficult one for democracy and freedom in Malta.  He then spoke of an young man who had penned an article over 20 years ago, criticizing the Labour administrations of the 70s and 80s, with the audience not knowing that that youth was indeed now Prime Minister Joseph Muscat.

In his address, Fenech reminded of the Opposition in the 70s and 80s, describing those at the helm as a blessing for their courage and honesty, and for the examples they had set at that time. He observed how however such leaders were missing from the current opposition. He reminded those present that it was up to civil society to take up the baton and continue the fight for justice and against corruption so that the freedom achieved in the past, would not be lost.