A national demonstration for Truth and Justice is being called for the 14th of October in Valletta.

A press release issued by Occupy Justice and Manuel Delia which puts emphasis on the fact that people are rightly angry, lists instances of bad governance in Malta amongst which feature the assassination of the journalist Daphne Caruana Galizia and the expression of delight by senior government officials on the fact that she is no long alive.

Other features points include:

The approved permits for the construction of the dB towers in Pembroke on public land that had been sold for a paltry sum;

The lack of transparency on salaries and expenses paid to Ministers and government officials;

Impunity from prosecution of politicians such as Konrad Mizzi and Keith Schembri;

The ignored dissent and protestations;

The sale of Maltese citizenship to crooks sanctioned by other states;

The march will start from outside is-Suq in Valletta. Speakers will be announced shortly. 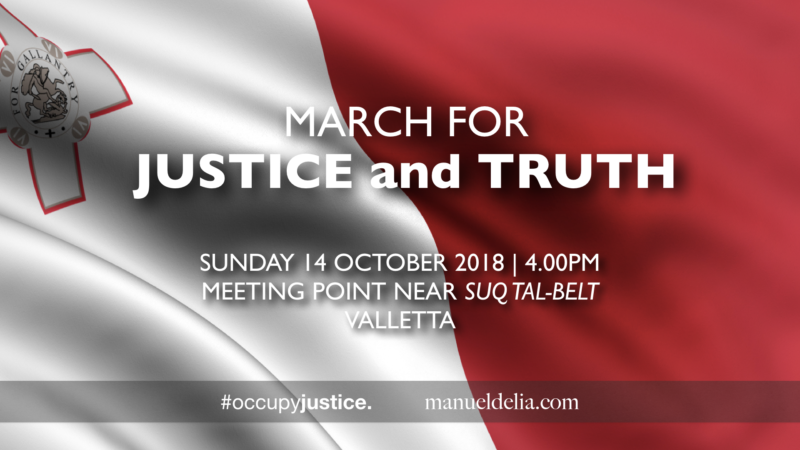 “There shouldn’t be a safer place than home”

Teatru Malta to invest in artists now so that they can work with them...

Charmaine Attard   March 26, 2020
With the onset of Covid-19, and the preventive measures being taken in Malta, Liquigas Malta issued a statement guaranteeing a reliable, safe and adequate LPG supply for consumers, operators and distributors through Gasco Energy’s state of the art LPG facility including a sea importation terminal, as well as a storage and cylinder filling plant at Bengħajsa.