A marathon programme on 103 netted  €12,000 for Dar tal-Providenza. The thirty hour marathon was hosted by Channel Manager Arthur Caruana together with several presenters and guest singers, including some of the best artistes on the Island.

The initiative taken by the Channel Manager of 103 and the sum collected was praised by the Director of Dar tal-Providenza Fr Martin Micallef. He also thanked the listeners of the station and invited all and one to join Dar tal-Providenza for their annual fund-collecting marathon on January 1. 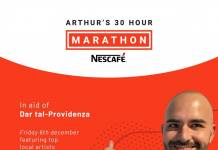 The marathon kicked off on Friday at 6.30a.m. and finished today Saturday at noon. Arthur Caruana hosted all the thirty hours but was all the time in good and jovial company who encouraged him to go one till the end where the announcement of the collected sum of money was announced. 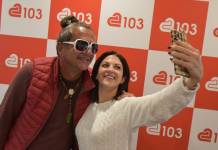