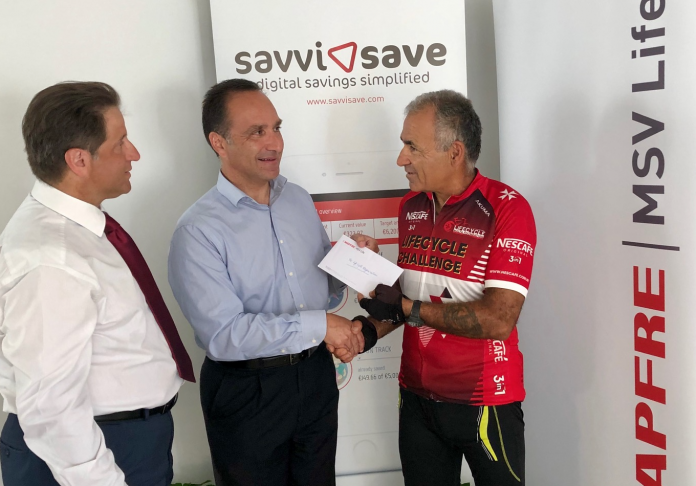 Now in its 21st edition, the Nescafé 3in1 Life Cycle challenge will this year see the participant cyclists and support team on a route of approximately 2,000km, starting from Hanoi in Vietnam, going through Laos, Cambodia and ending at one of the world’s greatest wonders, the iconic Angkor Wat.

The MAPFRE MSV Life sponsorship was presented by Michael Galea, Chief Business Development Officer, to cyclists William Saliba (who will be taking part in the challenge for the 13th time) and Sandro Baluci.

Twenty-seven cyclists will this year be participating in the 2000km challenge between the 9th and 23rd September 2019.

Mr Galea wished the cyclists every success and highlighted how MAPFRE MSV Life’s continued support towards this challenge is in line with the company’s efforts to support initiatives that contribute towards the well-being of the communities in which it operates.

Masters Football Players of the Month presented with awards