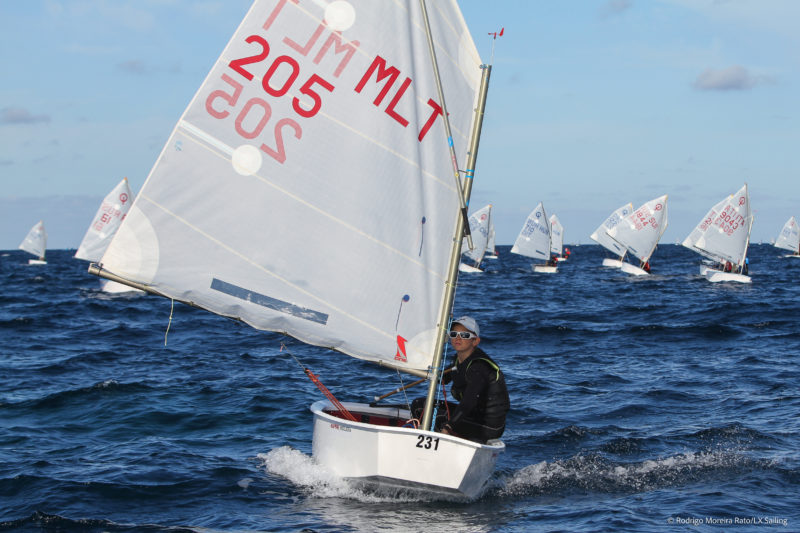 Schultheis sailed through to victory after a rather unpromising start. Jeanlou Lauber from Switzerland placed second whilst Soma Kis-Szölgyémi placed third.

In the Optimist Silver Fleet, Russian Daniil Perchik placed first, followed by Pablo Haemmerle from Liechtenstein and Annie Samis representing the United States. Alana Twomey who was leading for most of the championship had to settle for fourth place.

Other Maltese sailors managed to obtain good results in the three Laser classes. Saul Vassallo from the Malta Young Sailors Club finished second in the 4.7 Class while Andrey Verdysh from the Ukraine placed first and Alana Coakley from Eire placed third.

In the Standard Class, another Maltese, Karl Miggiani from the Malta Young Sailors Club managed to get on the second highest step of the podium whilst the top step was taken by Upamanya Dutta from India. Jacob Kjellsson from Sweden placed third.

Royal Malta Yacht Club’s own Nethra Kumanan won teh Radial Class followed by Ahmed Alhamdi from the UAE and Zachary Zammit from Malta in that order.

Chris Bajada the Commodore at the Malta Young Sailors Club expressed his satisfaction not only with the results obtained but also with the response received from foreign sailors who sought to participate in the championship.

Results of the 2018 Mapfre Euromed International Championship can be viewed here.