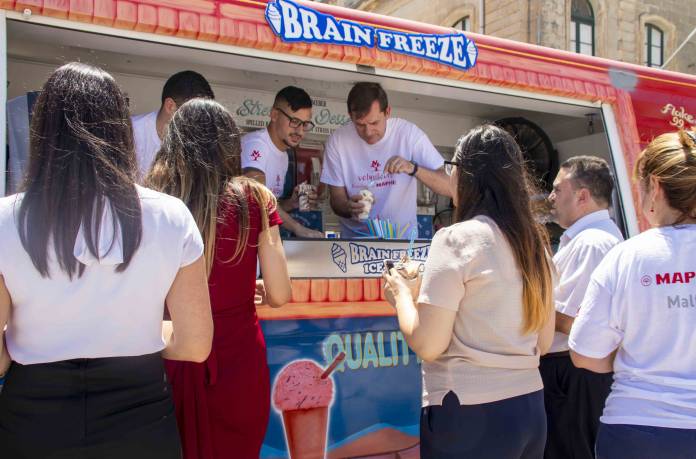 As part of its CSR programme in 2019, MAPFRE Malta organised an ice-cream day for its employees as a fundraising event to aid the NGO Hospice Malta.

Founded in 1989, the primary role of Hospice Malta is to provide and promote palliative care for persons suffering from end-of-life cancer and motor neurone disease. As the awareness and the need for palliative care increased throughout the years, Hospice Malta included other conditions within its mission statement so that presently, community-based services are also offered to patients suffering from end-of-life cardiac, respiratory, renal and liver diseases. 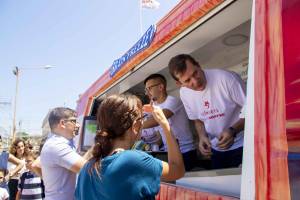 This year 14 volunteers from MAPFRE Malta, which is comprised of MAPFRE Middlesea and MAPFRE MSV Life, helped out during the fund-raising event. As a result, a number of funds were raised during the activity whereby all proceeds were donated to Hospice Malta.

“When I was a child, I used to love pretend play selling ice-cream! This time, thanks to the ice-cream van event organised by MAPFRE Middlesea, I did it for real, and it being for a good cause made the event not only fun but also rewarding and heart-warming,” said Olivia Darmanin, Chief Officer of Underwriting at MAPFRE Middlesea, who was one of the individuals responsible for organising and sponsoring this fund-raising activity.

Sylvana Debono   February 24, 2020
Newsbook.com.mt can confirm that brothers Alfred and George Degiorgio – who are accused of carrying out the assassination of Daphne Caruana Galizia, have sent a message to Labour Party deputy leader Chris Cardona in recent weeks.

Monique Agius   February 24, 2020
Archbishop Scicluna was attending the meeting of the Bishops of the Mediterranean. The Holy Father presided over mass and delivered his homily on Sunday.