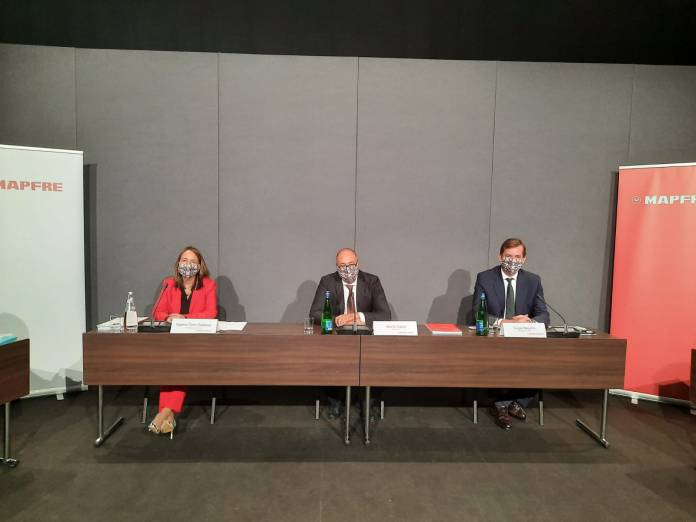 During 2019, MAPFRE Malta, comprising of MAPFRE Middlesea and MAPFRE MSV Life, registered a profit before tax of €20.1 million, 8.2% higher when compared to the previous year.

After tax, the Group generated a profit of €15.5 million, 10.5% higher than the previous year. The total assets of the Group increased by 12.8% and totalled €2.62 billion. These results were announced by MAPFRE Middlesea Chairman Martin Galea during the Group’s 39th Annual General Meeting, which was streamed live on the company’s website on the 27th October.

Commenting on the Group’s performance, CEO Felipe Navarro stated that this owed much to the MAPFRE brand’s vision, mission and values, which he termed as “strong driving forces in guaranteeing the best possible service and making MAPFRE the most trusted global insurance Company”. He added that globally, MAPFRE boasted over 26 million clients worldwide, with over 79,000 intermediaries and 34,000 employees “who put the client at the centre of everything they do”.

From the local perspective, MAPFRE Malta remained on the right track by evolving positively according to the three-year strategic plan set for 2019-2021. “During 2019 we continued to retain a strong position in the Maltese market, boasting revenues far ahead of our competitors. This success is a result of our ability to adapt our strategies in an innovative fashion, especially when faced with this continuously changing environment,” he added.

As regards motor insurance, the MAPFRE Malta CEO explained that despite the increase in the number of registered vehicles, together with the growth in the number of claims and their associated costs, 2019 was still a good year, with the Company’s motor net combined ratio improving thanks to the reinsurance treaties that helped stabilise profitability in this line of business.

The year 2019 was also good for long-term business. MAPFRE MSV Life enjoyed a successful year, with more than €282.9 million in written premiums and a decrease of 11.6% over the previous year. In this regard, Navarro referred to the role of Bank of Valletta as a critical strategic partner, being responsible for the majority of sales in the Single Premium business. Other bancassurance agreements and the work of the TII network also contributed to the significant success of MAPFRE MSV Life.

MAPFRE Malta Chairman Martin Galea remarked that the company would not be paying a dividend this year. He explained that the company had taken this decision in the best interest of its shareholders in order “to ensure that their investment remains protected and well positioned to benefit from future performance”. Furthermore, the European Systemic Risk Board has recommended the suspension of any dividend payment in order to protect capital, and MAPFRE Malta is obliged to follow these regulations. “Nevertheless, the resumption of dividends is high on the Board’s agenda, although it is likely that this will not happen before 2022 due to regulatory direction and economic uncertainty”, he said.

Galea also made reference to the impact of COVID-19 on the Group’s operations.  He stated that: “From the outset of the COVID-19 crisis, MAPFRE Malta’s immediate priority was to keep people safe, starting from the Company’s employees and their families, as well as their clients, and within a few weeks, the Company had to adapt to working remotely. We have done our utmost to continue to deliver an excellent service to our clients whilst ensuring that business has remained profitable.”

Going forward, MAPFRE Malta will remain resilient in the face of this pandemic, and will consider all options available to in order to reinforce its capital position. “We will continue working to retain our position as market leaders and a benchmark in sustainability, social commitment and trust”, he stated.

The MAPFRE Malta Chairman concluded by thanking the Board of Directors, comprising of Jaime Tamayo, Jose Maria Del Pozo, Jose Luis Jimenez, Joseph Zahra and David Curmi representing MAPFRE, Deo Scerri and Alfred Attard representing Bank of Valletta, and Antoinette Caruana and Paul Testaferrata representing the smaller shareholders, “for their continuous guidance and support”. He also thanked MAPFRE and Bank of Valletta for their technical support to the Malta group. He welcomed Jose Maria Del Pozo to the Board of Directors. Del Pozo  is replacing Nikos Antimissaris, who has been a Board member for a number of years and “has given a valuable contribution throughout his tenure”.  Mr Galea also welcomed Bank of Valletta CEO Rick Hunkin, to the Board of Directors of MAPFRE MSV Life.

Amy Borg   December 5, 2020
The fishing industry is one of the main obstacles as the EU wants to continue to fish in British waters, but Britain wants to control access and quotas.