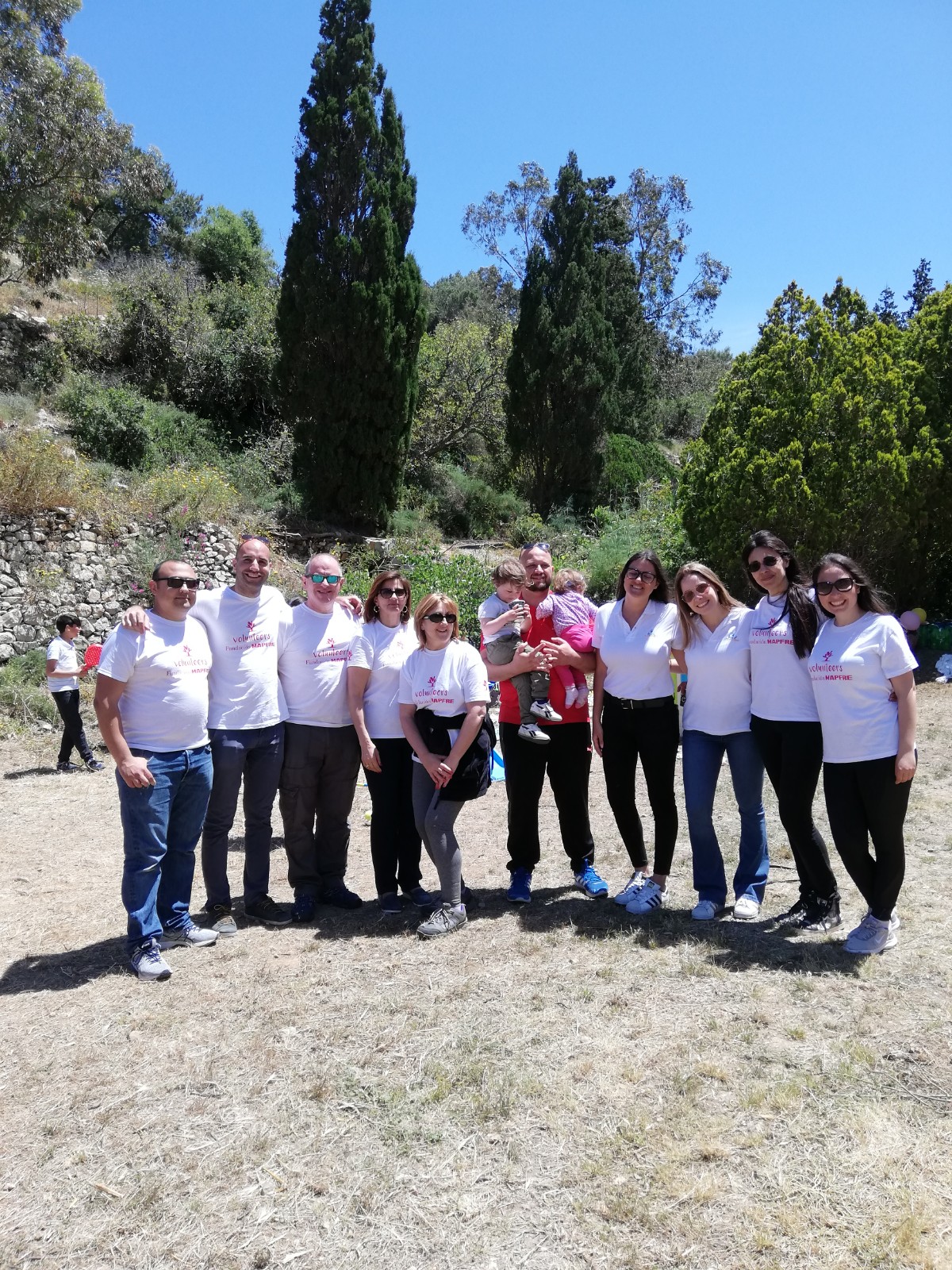 This month, 10 employees from MAPFRE Group sponsored a recently formed non-governmental organisation (NGO) known as ‘Jays of Sunshine’ as part of their commitment to corporate social responsibility. The initiative was carried out in support of children and adolescents who have been diagnosed with cancer.

MAPFRE group sponsored a recently formed NGO which had been started up by two young ladies who both unfortunately lost their mothers to cancer. Notwithstanding this, they both wanted to give something back to people who are undergoing treatment by helping bring a little ray of sunshine to those who are going through a very cloudy time in their lives. The NGO was then named ‘Jays of Sunshine’, with their main aim being to help dreams come true for children and adolescents undergoing treatment in the Rainbow Ward at Malta’s Mater Dei Hospital.

As well as spending time, playing and making memories with patients and their families in the ward, the NGO ‘Jays of Sunshine’ also helps in making the fondest wishes of these young patients a reality by giving each and every one of them a wish list. The purpose of this wish list is for the patients to write down anything they could wish for and ‘Jays of Sunshine’ does their utmost in fulfilling those wishes. So far, ‘Jays of Sunshine’ have prided themselves in having been able to make every single wish come true since the NGO was launched. However, these wishes could not be made possible without the ongoing support and donations from other external entities and individuals.

The patients, whose ages range between 3 to 16 years, love getting together with their family and friends for parties and other recreational activities. In light of this, MAPFRE Group stepped in by supporting the cause and sponsoring the food for a picnic which was organised for those patients and their families. Volunteers assisted by setting up the picnic area, manning activity stalls and coordinating a variety of games for the children. This event could not be made possible without the help of the main sponsors Michael Galea of MAPFRE MSV Life and Giorgio Grech of MAPFRE Middlesea together with a number of volunteers from MAPFRE Group.

Giorgo Grech, Head of Luqa Regional Office of MAPFRE Middlesea, had remarked that “Having the opportunity to be able to put a smile on these children is all that matters.” Going forward, MAPFRE Group will continue to sponsor such initiatives in support of those who are undergoing these challenging situations in their day-to-day lives.

MAPFRE Middlesea p.l.c. (C-5553) is authorised by the Malta Financial Services Authority to carry on both Long Term and General Business under the Insurance Business Act, Cap 403 of the Laws of Malta.

MAPFRE MSV Life p.l.c. is authorised by the Malta Financial Services Authority to carry on Long Term Business under the Insurance Business Act, Cap 403 of the Laws of Malta. Both entities are regulated by MFSA.