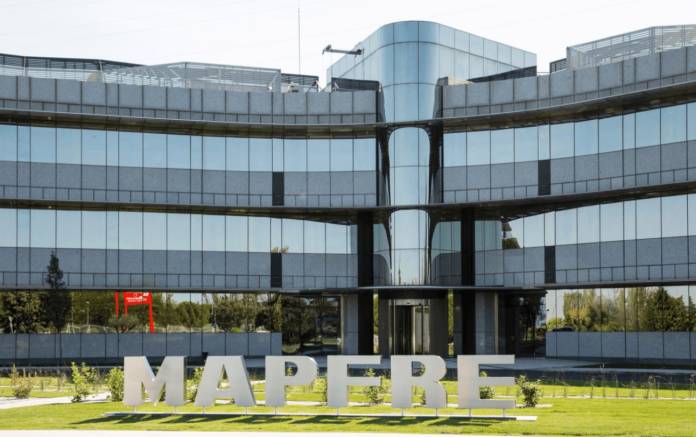 Premiums were up by 2.2 percent to €23.04 billion thanks to, among other things, the solid performance of business in Spain, in the LATAM North regional area and in the Reinsurance business.

It is important to note that the cost of damages caused by the Faxai and Hagibis typhoons in Japan (€107 million), riots in Chile (€24 million) and heavy rain and storms in Spain (€17 million), among other events, had a heavy impact on the results for 2019. Nevertheless, thanks to the measures taken within the profitable growth framework, MAPFRE Group’s combined ratio was marked at 97.6 percent and their attributable equity stood at €8.85 billion (a 10.8 percent increase) at the end of the fiscal year. Furthermore, MAPFRE Group’s total assets grew by 7.8 percent, reaching a total of €72.51 billion.

Group investments increased by 8.6 percent in the last year to €53.52 billion, with 56.2 percent of these investments in sovereign debt and 17.5 percent in corporate fixed income, while 5.2 percent are equity investments and 4.7 percent are cash. At the close of September 2019, the Solvency II ratio stood at 195 percent, compared to 198 percent in June. However, thanks to a high level of diversification and a stringent investment and management policy, MAPFRE Group’s solvency ratio continues to remain robust and stable.

Insurance Unit premiums totaled €19.29 billion in 2019, indicating a rise of 3 percent from the previous year, and attributable earnings were up by 17.7 percent amounting to €806 million. Notwithstanding this, MAPFRE Spain continues to be a market leader for ten quarters, while earnings in Brazil and LATAM North grew by 79 percent and 44.6 percent respectively. Peru continues to be a driving force for the LATAM Southern region, strongly contributing to a premium volume of €1.6 billion, while US earnings increased sevenfold to €57 million. On the other hand, the EURASIA Regional Area recorded a premium volume of €1.7 billion, boasting a 21 percent increase in earnings to €15 million.

Despite the aforementioned increase in disasters, the Reinsurance Unit achieved earnings of €77 million in 2019. Reinsurance Unit premiums stood at €4.52 billion, which was 19.4 percent higher than in the previous year, while MAPFRE GLOBAL RISKS premium volume stood at €1.06 billion. The latter figure was a 9.7 percent decrease from the previous year due to several large claims made in 2019, with a net cost of €27 million.

Regarding social dividends, the main indicators of the group’s social commitment included:

Sylvana Debono   March 30, 2020
In a public consultation process which will end today, Newsbook.com.mt has noted that the important ecosystem known as Wied GĦomor has been omitted from inclusion as ‘public domain’.

Malta’s employer bodies join forces; they nominate 2 representatives on the...