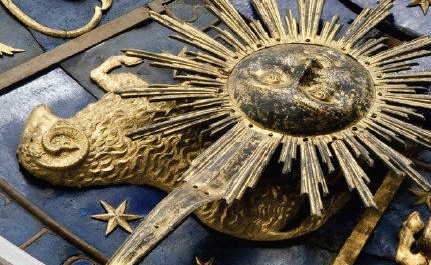 For the first time, MAPFRE Economic Research has evaluated the performance and prospects of Non-Life premiums growth in 38 markets (33 countries and five regions), as part of its report ‘Growth Forecasts for Insurance Markets: Non-Life’.

Non-Life premiums in the global insurance market have shown signs of slowing, in line with the slowdown of the economy as a whole. The study predicts growth for this business to be slightly below three percent on average during the 2019–2020 period, which is less than half the growth posted in 2017 and 2018.

This performance is expected to be driven by the general appreciation of the US dollar against nearly all other currencies (both from emerging and developed economies) since the end of 2018 and during 2019, as well as the cyclical deterioration of global economic activity.

However, experts from Economic Research believe global premiums will return to growth levels of close to 6 percent during the 2021–2022 period. As a result of this trend, Non-Life premiums are expected to total 2.5 trillion dollars by the end of 2022.

Looking specifically at Spain, Non-Life premiums in the insurance market expanded in nominal terms by 4 percent on average during the 2017–2018 period, which in real terms means growth of 2.3 percent, i.e. nearly one percentage point more than the eurozone. In turn, this is coherent with the stronger performance posted by the Spanish economy.

During the 2019–2020 period nominal growth in the Non-Life segment is set to converge toward 3.3 percent and maintain the same spread against the eurozone, while the real rate is expected to approach 1.8 percent. Economic Research left its GDP growth forecast for this year unchanged at 2 percent, while cutting its forecast for next year to 1.7 percent, as detailed in the latest update to its “Economic and Industry Outlook” report.

Economic Research bases its Non-Life premiums growth forecasts on the macroeconomic scenario established in its “Economic and Industry Outlook” report, which is published each quarter.

Under the baseline macroeconomic scenario, it expects the global Non-Life insurance business (all 38 markets analyzed) to drive premiums growth in the market of between 250 and 350 billion dollars during the analyzed period, lifting the total market value to 2.5 trillion dollars by the end of 2022.

The country contributing most to this expansion is China, followed at a considerable distance by the United States, Indonesia and the eurozone. In contrast, contributions from Latin America, Eastern Europe and the remaining developed countries will be minor, given feeble growth in some cases and the relatively small market sizes in others.