During an interview with Sylvana Debono on RTK, newly appointed Caritas Director Anthony Gatt expressed Caritas’s great concern at the fact that rents are increasing at a higher rate than wages. Many people are suffering because of this development, said Gatt.

He said that it has unfortunately become all too frequent for individuals who have just finished the residential programme for those suffering from drug dependence to struggle to find accommodation.

Gatt said that some are not accepted back by their families, and others simply do not earn enough to pay rent. He also said that while employers do approach Caritas with job offers and there are shelters and assistance until these persons manage to get back on their feet, the increasing rent rates are becoming unsustainable.

Caritas will be carrying out an internal study on this worrying situation and will soon be publishing their position on the high rent costs in Malta.

Parents abused by their children

Gatt said that his NGO seeks to improve its services towards those parents who are victims of domestic violence by their children. This violence is generally the result of the consumption of synthetic drugs. He said that thanks to its professionals and volunteers, Caritas will not just improve its current services but also add new ones.

He reiterated the position of Caritas against the legalisation of what he says is mistakenly called recreational cannabis. He said that the use of cannabis is not recreational as it has negative effects on those who consume it. 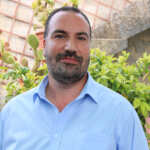 The newly-appointed Director of Caritas also expressed his concern to Newsbook.com.mt about the vicious nature of comments on the social media. Caritas, he said, is worried about the increase in lack of social responsibility on social networks.

He mentioned how the internet could become dangerous when an argument escalates and more people get involved.

Gatt said that lack of empathy and solidarity are endangering the anatomy of society.

Newly-appointed Caritas Director Anthony Gatt is a psychologist with over 20 years of experience.

Watch: The home which gives the homeless a future