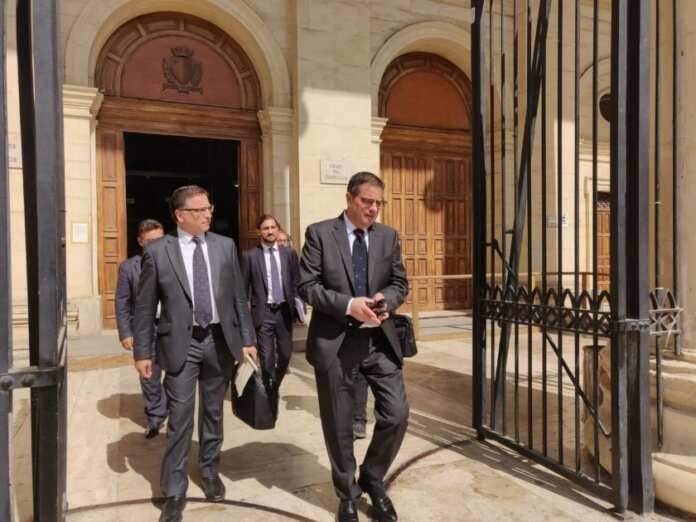 While testifying in court, Partit Nazzjonalista leader Adrian Delia said since the Attorney General had given a full copy of the Egrant enquiry to the Prime Minister so he could carry out his duties, it was only fair that the Opposition be given the same treatment so that it could properly scrutinise the government’s actions. According to Partit Laburista, Delia is taking the procedure too far.

This was stated by Dr Delia on Wednesday morning during the constitutional case filed by Opposition Leader Adrian Delia to request the full Egrant enquiry to be published.

The Opposition leader had said in July that he would be filing a case against the AG since he was not given a full copy of the Egrant enquiry which was undertaken by Magistrate Aaron Bugeja.

During Wednesday’s sitting, the office of the AG said that there was a difference between the role of the Prime Minister, and that of the leader of the Opposition. Questions were also directed from the stand to Adrian Delia about whether he has faith in Magistrate Bugeja or not. This question was struck down by the presiding Judge as “absolutely irrelevant”, however.

While Delia’s lawyers asked for the Prime Minister to testify himself in this case, the PN leader reiterated that the enquiry must be published in the name of equality.

Meanwhile, the office of the Attorney General said that a number of cases are filed in court purely for the benefit of the media.

Delia took offence to the AG’s comments, explaining that this means the AG is ridiculing the Constitutional Court.

On my way to court to expose how the AG has and is still breaching the Constitution to favour the party in government @JosephMuscat_JM @MaltaGov . This is the fight for Freedom of speech. This is the struggle for Democracy ✊ #malta #socjetalijimpurtaha

Partit Laburista issued a statement saying that Adrian Delia is taking the procedures too far by presenting 23 witnesses. According to PL, the former Leader of Partit Nazzjonalista, Simon Busuttil is not in the list.

Delia is living a contradiction since he was obliged to admit to the Court that conclusions of the lie will not be changed while at the same time trying to please the faction responsible for this lie.

Reuters   March 31, 2020
The initiative was promoted by a group of mayors to show solidarity with the towns suffering the most in the north, the epicentre of the crisis.

Christoph Schwaiger   April 1, 2020
Household appliances including laptops and electric toothbrushes are to be more energy efficient following a new Commission regulation which enters into force as of today.

Reuters   March 31, 2020
Countries affected by the novel coronavirus around the world extended restrictions and looked for new measures to aid the virus-hit economies as WHO warned the epidemic is "far from over" in the Asia-Pacific region.