Journalist and activist Manuel Delia has stated that his fundamental rights as a journalist and citizen were breached when he was not permitted access to the Corradino Correctional Facility and other detention centres so that he can investigate and report on their state and situation.

In February this year, Manuel Delia filed a judicial protest in a bid to gain access to detention centres and the Corradino Correctional Facility.

In a Constitutional Case against Minister for National Security Byron Camilleri, Permanent Secretary to the Minister of National Security Alex Dalli, and the Director of Corradino Correctional Facility, among others, Delia insisted that he was attempting to identify truth or falsity of various allegations of misconduct, torture, inhuman and degrading treatment of immigrants, and prisoners, who are currently being held in the Kordin Correctional Centre and other detention centres. 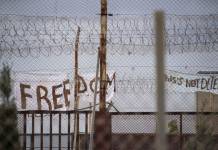 Since November 2019, Delia has submitted around 12 formal requests for journalistic access to the centres, three of which were submitted after a local social media influencer posted a video of his visit to the prison after he was granted access.

In his latest request to the court, Delia said that the respondents’ refusal of access has violated the fundamental right of the applicant as protected by Article 10 of the European Convention and Article 41 of the Constitution of Malta.

Manuela Delia is also requesting compensation for non-pecuniary damages for the above-mentioned violations.

The requests were made following local reports that an immigrant allegedly involved in riots in the detention centre, was mistreated, tortured and subjected to inhuman and degrading treatment in prison when, as they arrived in prison, they were ordered to put their clothes in the prison yard and washed with a water pipe like animals. Additionally, Delia was also investigating the number of suicides and deaths of prisoners that occurred in the past months. 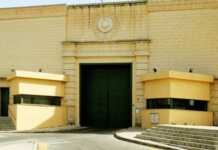 Another death only 2 days prior:
Inmate found dead in his cell 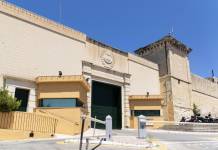 The entire document can be accessed here:Download