Air Malta’s announced that flights to and from the United Kingdom will remain operational. However, passengers should keep in mind that when travelling to the UK will be required to self-isolate for 10 days upon entry into the country.

The Maltese government announced that as of tomorrow, Tuesday 22 December, flights to and from the United Kingdom will be suspended.This decision was taken in view of the new Covid-19 variant which has been registered in Britain.

Still Maltese people and individuals residing in Malta will be able to return following a PCR test and mandatory quarantine said the government.

The national airline said that non-Maltese resident travellers that need to travel to Malta  for essential reasons need to request an authorisation from the Superintendent for Public Health by sending an email to covid19.vetting@gov.mt.

The new measure is replacing an earlier announcement in which travellers were obliged to quarantine upon arrival in Malta.

Immediate reaction by the Partit Nazzjonalista which pointed out that when one considers that there are four flights daily from the United Kingdom it is “illogical and irresponsible” to allow people other than those residing here to re-enter Malta.

The Covid action team within the PN said that the new coronavirus variant which was discovered in the UK is a cause for concern. The government, said the PN, should be cautious and not put into jeopardy all the sacrifices made by frontliners and society in the past months, declared the PN. The statement reiterated that only Maltese citizens and Maltese residents should be allowed to enter to limit the spread of the virus. 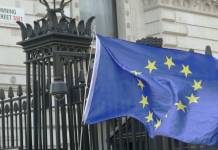 The government said that the decision is temporary until there is a position and direction from the EU on the matter.

Malta’s health authorities are closely following the developments in the UK and are taking part in discussions with the European Union authorities about the matter.

The German presidency of the European Council announced that it will be holding a session of the Council on Monday to discuss the latest developments and to coordinate a response on the matter.

A number of countries around the EU has taken the decision to suspend flights and other travelling connections from the UK in view of the Covid-19 variant. 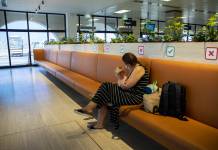