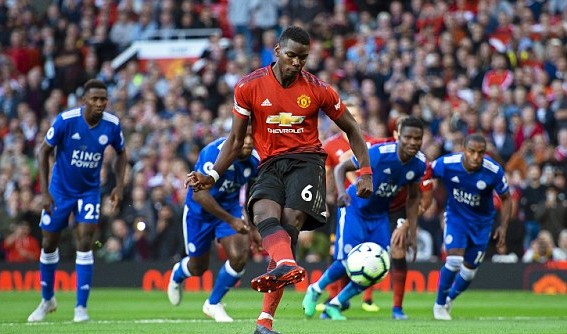 A third minute penalty by Paul Pogba and a second-half strike by Luke Shaw gifted Manchester United a win in the opening game of the Premier League season.

Pogba, who was at the centre of transfer speculation following interest from Barcelona, was named captain by Jose Mourinho and made no mistake from the penalty spot after a handball by Daniel Amartey. Shaw then added a second when he scored his first goal in professional football. Jamie Vardy managed to pull a goal back for Leicester in stoppage time but Manchester United held on to earn all three points.