A Dutch man has been sentenced to 30 years imprisonment after he admitted to murdering his former girlfriend.

24-year-old Jelle Rijpma, who was her former colleague and boyfriend, pleaded guilty to murdering Shannon Mak before the Magistrates’ Court in October.

He had pleaded guilty and confirmed his guilty plea after consulting with his lawyer before the Court of Magistrate on 14 October 2020. 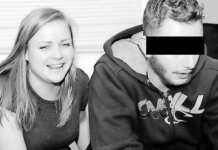 Mak was violently beaten and stabbed in the neck, a medical expert had told the court, before being found in a pool of blood between two cars and a garden wall in Santa Venera. A trail of handprints suggested she clung to the nearby wall before dying.

Appearing in the Criminal Court on Wednesday morning, Rijpma who was in grey trousers, a black blazer and a purple tie, was sentenced to 30 years imprisonment.

Madam Justice Consuelo Scerri Herrera delivered the judgement saying that the court had taken note of the joint application filed by the Attorney General and the defence suggesting a punishment of 30 years imprisonment. 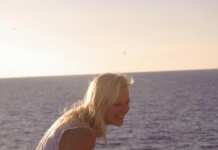 The Criminal Court upheld the request and sentenced the man to 30 years in prison after he was declared guilty of murdering Mak, carrying arms improper, among other charges. He was also ordered to pay over €33,000 in court expenses and fined €116.47.

Mak’s relatives were also present in the courtroom wearing black masks with the writing “Shannon” over them.

Lawyer Elaine Mercieca appeared for the Office of the Attorney General.