A 36-year-old man has been remanded in custody after pleading not guilty to the attempted murder of a 57-year-old man in Ta’ Qali on Thursday night.

No bail request was made on behalf of the accused, Attard resident Elliot Paul Busuttil.

His alleged victim, a Bulgarian national, was found lying on the ground in the parking area outside the National Stadium at around 11.15pm on Saturday, having sustained life-threatening stab wounds. Prosecuting inspector Keith Arnaud informed the court that the man’s condition has since improved. 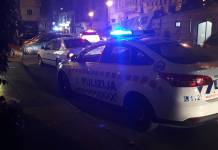 The discovery of the wounded 57-year-old led police on a night-long search for the alleged perpetrator, who was ultimately found hiding in an Attard apartment block.

Busuttil had himself sustained injuries in his leg, allegedly during the incident, and the defence has asked the prosecution to arraign the 57-year-old.