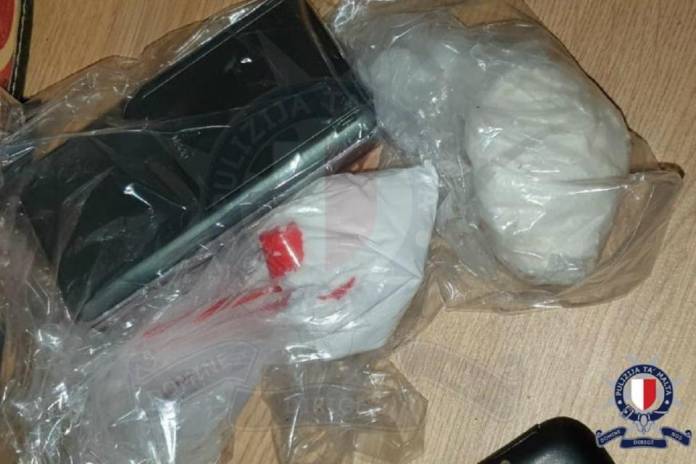 A 34-year-old man was jailed for two years yesterday after he pleaded guilty to cocaine trafficking and possession of cannabis and heroin.

He was found guilty for being a relapser and to committing the crimes less than 100 metres away from a place frequented by young people.

The Anti-drug police squad were monitoring his whereabouts after he was seen leaving his home on Friday and driving to Qala, where he entered another house. From there, he drove to Victoria.

Police surrounded his car in Pjazza tat-Tok and arrested him. He was found in the possession of a “small bag” inside the car containing cocaine.

Officers then went to the Qala house and found suspected cocaine and heroin.