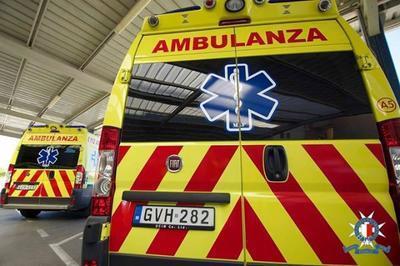 A 66-year-old man from Siġġiewi was grievously injured in a traffic collision in Siġġiewi.

In a statement the police said that the accident occurred at 4.30pm in Qrendi Road. A car driven by the 66-year-old and a van were involved in an accident. The van was being driven by a 56-year-old male who is also from Siġġiewi.

The 66-year-old was taken to Mater Dei Hospital by ambulance.