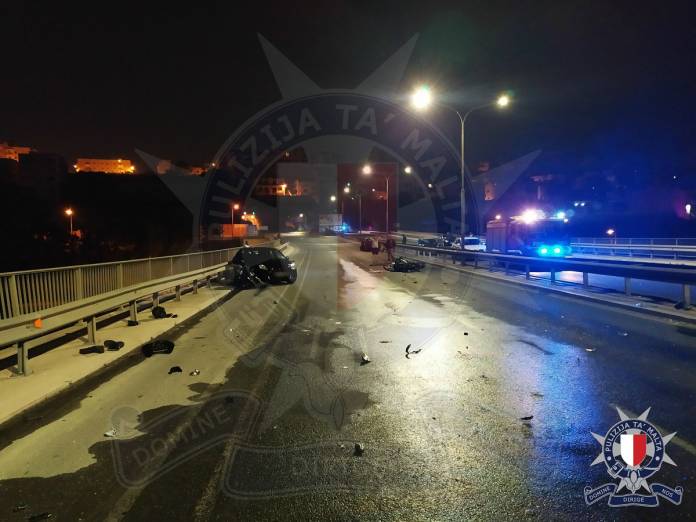 A motorcyclist, 39 from Birkirkara, died early Thursday morning after he was involved in a traffic accident in St Julians. Another biker was also involved in the accident and is fighting for his life.

Two cars were also involved in the accident in Regional road in St Julians which happened a few minutes after midnight.

The 39-year-old was certified dead on site. The other biker aged 40 is from Hamrun.

The two cars were driven by a 35-year-olf male from Ethiopia and a 25-year-old man from Syria who resides in Zebbug. Neither the Ethiopian nor the Syrian were injured.

According to preliminary investigations by the Police, the Ethiopian driver lost control of his vehicle and one of the bikers hit the vehicle from the back. The other biker skidded. The car driven by the 25-year-old crashed in the barriers to avoid the impact with the bikers and the car.  All were driving in the same direction.

An inquiry is being led by Magistrate Victor Axiaq.

John Paul Cordina   July 8, 2020
Prime Minister Robert Abela hinted that he may consider appointing a new Attorney General, replacing an incumbent who has long been at the receiving end of harsh criticism.