A 60-year-old man has lost his life after crashing into a wall in Sellum Road, Victoria. The incident occurred at around 2.20pm.

Initial investigations revealed that the man, resident of Xagħra, crashed into the wall while driving his Honda. A medical team was called to the scene to give first aid, but unfortunately, he was certified dead on arrival.

An inquiry was opened and is being led by Magistrate Simone Grech,  who appointed several experts in order to assist her. The District Police are continuing with their investigations into the case.

This was the second reported death today, as earlier, a woman drowned while swimming in Marsaskala. 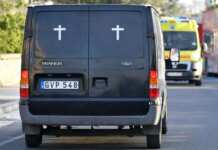