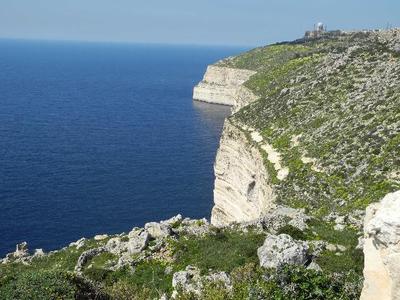 A 32-year-old man was charged with raping a woman at Dingli Cliffs during the early hours of Saturday morning.

The Hungarian national who was arrested after a public call for information, pleaded not guilty to rape and dangerous driving under the influence of alcohol. He was also accused that he took up residence at a place that was not on his ID card.

The accused and the alleged victim had met at real estate agency event on Friday evening. The woman apparently accepted a lift from the accused. Police Inspector Stacy Attard told the court that the man grabbed a couple of wine bottles before driving to Dingli Cliffs were the alleged rape took place.

Lawyer Franco Debono said that his client insisted that the sex was consensual.

Man wanted by police in relation to alleged rape case

He made a request for bail on behalf of his client, arguing that the accused had fully cooperated with the police. Two statements were released by the man detailing the the events. Dr Debono added that the man did not know the woman who he had met at the event, and had no idea of where she lived or her contact details.

The prosecution objected to the request, noting that civilians witnesses including the alleged victim were still to testify. The prosecution also highlighted that since the accused was a foreigner there was a real fear of absconding.

Presiding magistrate Claire Stafrace Zammit turned down the request for bail and remanded the man in custody.

Lawyers Franco Debono and Amadeus Cachia appeared for the accused.