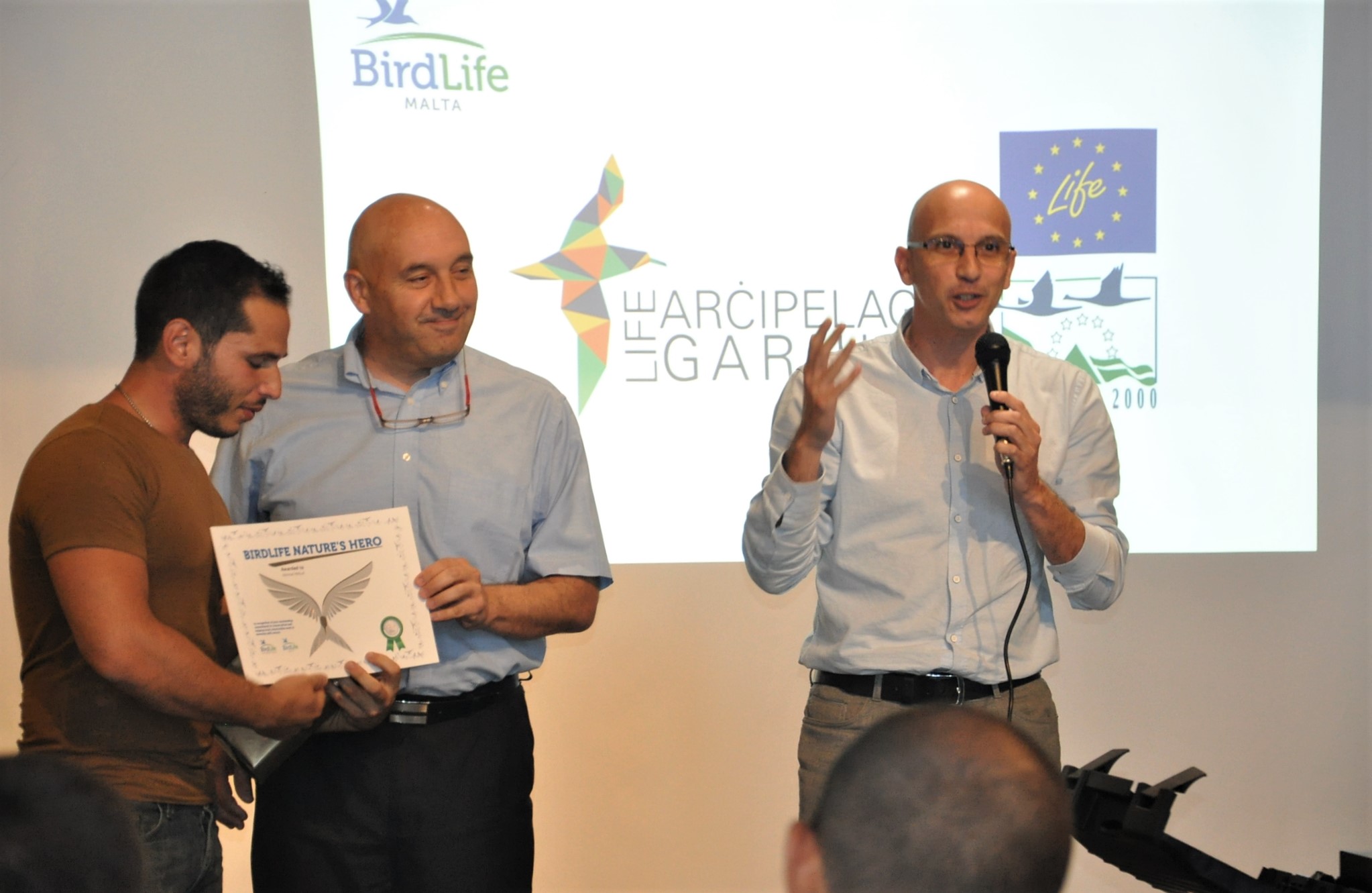 Nimrod Mifsud won the BirdLife International’s Nature’s Hero Award after years of hard work as a volunteer at the organisation.

This was announced in a statement by BirdLife Malta in which they explained that the prize was awarded at the 2018 Annual General Meeting which was held at the Natural Reserve of Salina. This meeting was attended by Minister of Environment Jose Herrera and a number of NGOs and other members.

During the meeting the biggest achievements the organisation has done were mentioned, including the decision by the European Courts of Justice concerning the trapping of finches.

Minister Jose Herrera spoke about the environmental priorities of the Government and demonstrated the latest production, produced by this organisation, called LIFE Archipelago Garnija project.