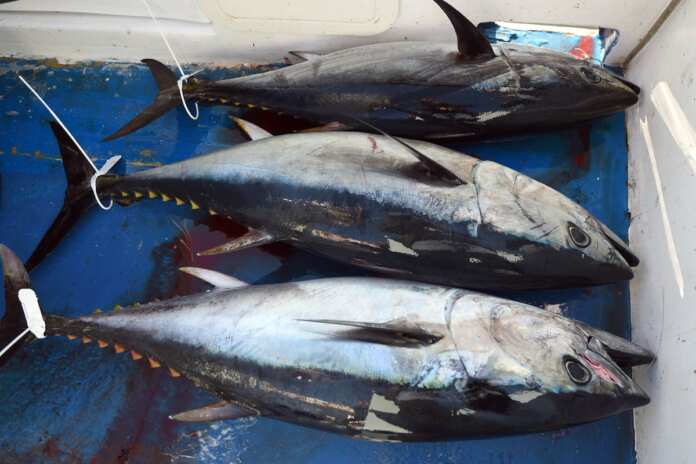 A Maltese owned company allegedly smuggled illegal tuna by trucks along the Italian highways through Marseilles eventually reaching Spain while top-grade tuna reached Madrid by plane accompanied by falsified documentation according to a new report by El Confidencial. The company director was contacted by the Spanish newspaper and was quoted “categorically denying” that his company was ever involved in the smuggling of bluefin tuna caught illegally.

The article by the Spanish newspaper starts off with an intercepted conversation between Juan who works for Confremar SA, a Spanish company selling wholesale fish and shellfish and which has stalls selling fish at Mercamadrid and Khalid Mouslim described as the “lieutenant” of two other Spanish companies. According to the intercepted conversation published by El Confidencial, Juan told Mouslim not to send small bluefin tuna overland but to send fatter tuna by plane, saying that no one was interested in small tuna.

The conversation was intercepted by the Central Operative United of the Spanish Civil Guard known as Ucoma. The Unit is responsible for the investigation and prosecution of serious forms of crime and organised crime, the interception is part of a major investigation by the Spanish authorities into the contraband sale of bluefin tuna.

According to investigations by the Spanish police Confremar SA had been buying bluefin tuna of illicit origin from Malta and then resold it to restaurants and fishmongers in Spain. Ucoma’s investigation show Mouslim as one of the biggest sellers of tuna caught illegally and which originated from various countries including Malta and Morocco, and would introduce tuna sold on the blackmarket into the Spanish commercial market. The intercepted conversations show Mouslim as being the “lieutenant” of two Spanish companies Pescnort Mar SL and Marsfishval SL which imported bluefin tuna illegally from Malta by land or air. The companies belong to the same family, Fernandez Fernandez, with one of its ships located in Beniparrell, which used to receive and store bluefin tuna illegally and would later distributed around several provinces.

One of the persons who allegedly supplied illegally caught bluefin tuna and which was fattened in Malta is Giovanni Ellul, according to El Confidencial. Ellul is the director general of Malta Fish Farming (MFF Ltd). Sources told El Confidencial that Ellul smuggled bluefin tuna through Italy’s highways onto Marseilles onto Spain. The report mentions that smugglers used catamarans and speedboats to move the tuna.

Top-graded bluefin Tuna would arrive at Madrid’s airport accompanied by falsified documents, the eBCD or the Bluefin Catch Document which was developed by ICCAT (The International Commission for the Conservation of Atlantic Tunas).

Ellul has categorically denied that his company was involved in the smuggling of bluefin tuna between Malta and Spain with El Confidencial.

In 2009, former Fisheries Commissioner Maria Damanaki had sent a fax to suspended Director General Andreina Fenech Farrugia when she was Fisheries Control Director and told her that 262 tonnes of bluefin tuna held in the fish farms owned by Ta’ Mattew Fish Farms limited were of illegal origin and had to be set free.

Each bluefin tuna caught requires a traceability code known as the BCD (Bluefin tuna catch documentation) however the European Commission did not receive the requested validation documents of the 262 tonnes of tuna then held in Malta and reportedly caught by Algeria and therefore ordered the release of the tuna. For the release, the Commission announced that it would deploy inspector Ignacio Jimenez Alvarez who would have had to supervise the release as well as verify footage documenting the release.

A day before the scheduled date for the inspection however four farm cages were damaged by storm, with the operator saying that the majority of tuna died or escaped into the open sea.

Malta Fish Farming (MFF Ltd) acquired Ta’ Mattew Fish Farms in 2015. When asked about the incident of 2009, Giovanni Ellul replied to the Spanish paper by saying that they were not involved in the management of the business at that time.

“I have always been professional, ethical and just” – ex-Fisheries DG

Sylvana Debono   April 3, 2020
The Malta Financial Services Authority in a statement rolled out a new Supervisory and Enforcement Dashboard