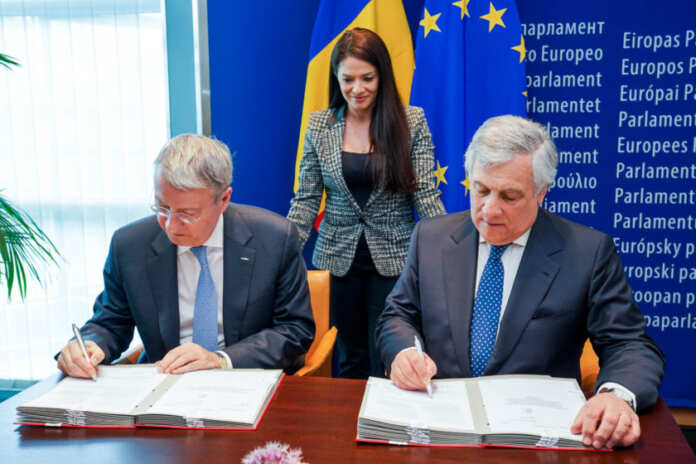 A majority of MEPs have today voted to support of a new regulation introducing curbs on CO2 emissions on road transport emissions.

The informal agreement states the level of CO2 emissions from heavy-duty vehicles like truck and lorries will need to lowered by 30% by 2030.  An initial reduction target of 15% is already expected for 2025.

This is understood to be the first type of EU level regulation that has been support by the Parliament on rising road transport emissions.  By the 2025 target, vehicle manufacturers are also expected to ensure that around 2% of their new fleet are made up of zero and low emission vehicles.

On the European level, it is understood that by 2022, the European Commission will also need to put forward a new set of post-2030 targets. These will need to be in accordance with the Paris Agreement.

It is understood that heavy transport vehicles account for just over a quarter of the total road transport CO2 emissions (27%) and around 5% of total EU greenhouse gas emissions, according to 2016 data.

Watch: ‘You need to listen to us’ – Thunberg to Dalli

MEP Miriam Dalli has been the lead negotiator on the new regulation and she explained that now after 18 months of work, the new law will see a major reduction of 37% on CO2 emissions on passenger cars.

The next stage is for the EU Council to formally approve the text of the regulation and it will duly be implemented across the European Union in January 2020.

Dalli explained that, ‘The signing was the last step resulting in a law that reduces road transport emissions in all EU Member States, including Malta. I have no words to describe the satisfaction felt today when I know that, I departed from a situation facing a lot of resistance and today this law enjoys the strong backing of both the European Parliament and Member States,” Dr Dalli said in reaction to the signing.

The MEP was present for the signing of the agreement by the European Parliament President Antonio Tajani and Minister George Ciamba, President in office of the Council of the EU.

It is understood that this new law will be part of the existing Clean Mobility Package and will contribute to wider targets ratified under the Paris Agreement against climate change.

In addition to encouraging the car manufacturing industry to invest more in green vehicle technologies, it is also intended that the regulation will also help improve the environment and be beneficial to European citizen’s health and their pockets when purchasing new vehicles.