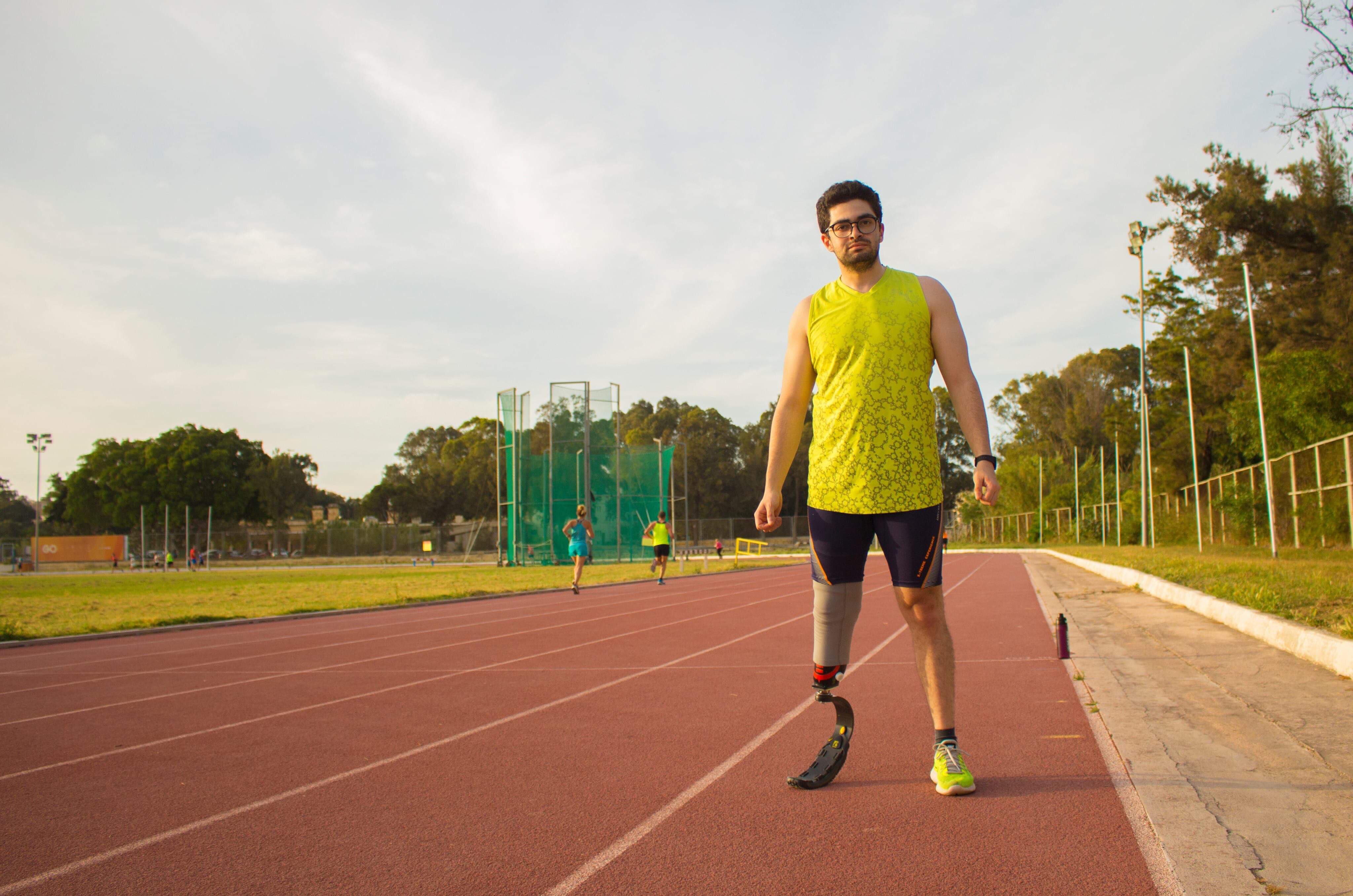 Malta’s only blade runner, Antonio Flores, has launched a crowdfunding campaign on local platform Zaar to fund his goal of competing at the Tokyo 2020 Paralympic Games.

Through the project named #AntonioTokyo2020, Antonio hopes to represent Malta again in the Paralympics, having already made history in 2008 by competing in the Beijing Paralympics alongside other high-calibre Paralympians such as Oscar Pistorius.

To realise Antonio’s dream of competing at such a prestigious global sporting event – this time as a blade runner – he must first become classified into the new category in an official international Paralympic competition, where he must achieve a qualifying time.

“Life as an amputee runner is very expensive”

To raise the significant funding required to support such a dream, Antonio has turned to crowdfunding. “Life as an amputee runner is very expensive and, as one can imagine, keeping up with the costs is not an easy task,” he explains. “That’s why I’m eager to find backers to help me on this amazing journey – with the support of the public and a lot of hard work, I may be able to proudly represent Malta once more!”

All contributions received on the #AntonioTokyo2020 Zaar campaign, which has a total funding target of €2,000, will help to cover a variety of expenses including flights, accommodation and the fees required to become classified. The funds raised will also be put towards the training camps and training equipment needed, including expenses related to Antonio’s prosthesis.

Having been born with clubfoot (talipes equinovarus), Antonio underwent multiple surgeries at a very young age which were unfortunately unsuccessful in correcting the condition. This did not stop him from developing a passion for athletics, particularly running, and this led him to compete in the 2008 Paralympics.

Following that triumph, Antonio’s foot began to give him frequent pain, to the extent that he had to make a choice between giving up running and living with the pain or amputation. Knowing that the latter gave him the chance of returning to the track with the help of a running blade, he chose this option. Just 20 months following surgery, and as Malta’s only blade runner, Antonio is now preparing to compete at Tokyo 2020.

“It is very hard for all local athletes, let alone ones with physical disabilities, to get funding in order to be able to participate and represent their country in international competitions,” continues Antonio. “Since we do not yet have an official financial sponsor, we hope to appeal to our loyal followers in Malta who may be willing to contribute via crowdfunding. In fact, we chose Zaar as we wanted to connect with the general public via a local platform that makes it easy for them to donate online, while using Zaar’s crowdfunding expertise to help us make the project a success.”

As well as the satisfaction of helping a local Paralympian achieve his dreams of representing Malta at Tokyo 2020, backers to the campaign can also expect to receive a gift as a gesture of thanks, depending on the sum donated. These rewards include official project-logoed merchandise such as signed thank-you cards, pens, headphones, towels and t-shirts.

Visitors are invited to see the #AntonioTokyo2020 campaign page online for more information and to make a donation.