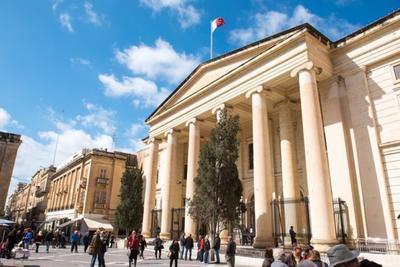 Magistrate Rachel Montebello has ruled against actress Pia Zammit in a libel case she filed against it-Torċa. The actress was also ordered to pay the costs of the case.

A libel suit had been filed in August 2019 against the news outlet It-Torċa by Pia Zammit, after the newspaper accused her of being a Nazi sympathizer.

A picture of  Zammit had appeared on social media showing the actress dressed in a Nazi uniform surrounded by fellow cast members from a production of the BBC comedy Allo Allo, set in wartime occupied France. The production had taken place around a decade prior.

It-Torċa subsequently published a story along with information from an anonymous person, claiming that the representation was offensive to those whom had been victims of the Nazis.

Zammit was quick to respond to the claims, saying that, ‘To maliciously and intentionally call a private individual a Nazi sympathiser based on a photo of her in play, when all evidence is obviously to the contrary, is a step too far.’

On Thursday, the court said that the context of the photograph had been explained by Zammit and had been given prominence in the article and titles of the publications.

The court noted how Zammit had said that the photograph was not libellous and that the front page of the newspaper and the interior were not accompanied by offensive language. The court also ruled that no serious harm was done to the actress’s reputation.

In 2019, a second libel case was brought against Sergio Galea Vincenti over a Facebook post, in which he brands Zammit a Nazzista. 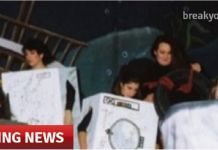 “When one of us is not protected, then none of us are” – MEIA

In the meantime, the Malta Entertainment and Industry Association, MEIA, said it is deeply concerned with the judgement on the libel case filed by actress Pia Zammit against It-Torċa.

“If courts of law are unable to differentiate between the performer and the characters they play, then today we have established a dangerous and serious precedent that threatens the work of performing artists and freedom of creative expression,” said MEIA.

The Association expressed its solidarity with actress Pia Zammit, saying “when one of us is not protected, then none of us are.”

MEIA also said it will take all the necessary action to protect the Maltese artist.

Rule of law non-governmental organisation Repubblika expressed its concern over the decision saying that it could be inferred that there is nothing to stop media outlets owned by political parties to attempt and silence its critics.

The NGO said that there is no doubt on what the it-Torċa editor tried to achieve by publishing those reports on Zammit. It explained that the aim was to lead the readers of the local newspaper to form an opinion on Zammit who is critical of the government which the newspaper supports.

Repubblika expressed its solidarity with Zammit.

While Arts Council Malta and Teatru Malta pledged to strengthen artists’ fundamental rights, they avoided any criticism of the controversial ruling in a brief, carefully-worded joint statement.

“Freedom of expression, the clear distinction between the individual and the artist’s persona, as well as the free use of parody and satire, are fundamental elements which each and every society should cherish and promote without any disruption and interference,” the two entities maintained. “ It is indeed appropriate that the artist, and whomever is involved in the artistic and cultural sector, has the comfort that their freedom of expression in all its forms is never touched or skewed.”

They added that together with the government they would continue to ensure that the artists’ fundamental rights are strengthened furthermore in the future.

But their remarks appear to have failed to impress theatre practitioners, who criticised the anodyne statement the two entities came up with.

“Would love to see the version of this that didn’t go through two lawyers and three communications coordinators,” theatre director and former journalist Philip Leone-Ganado quipped.

No sign of Schembri in court since Daphne’s murder