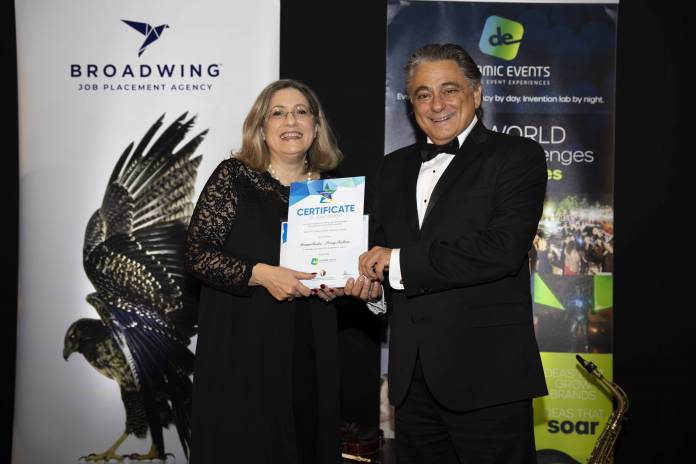 Maltco Lotteries Ltd. participated as a main sponsor of the 5th edition of Malta’s Best Entrepreneur of the Year Awards and Malta’s Best-in-Business Awards.

These awards are getting more and more competitive as the industry keeps raising its bar every single year. Recognising writers and ambassadors, the Awards showcase the talent found throughout every aspect of the Maltese business world.

As a leading company in Malta, it is very important and significant for Maltco Lotteries to participate in such events. The company truly believes in rewarding well established companies to showcase and recognise the continuous achievements of Maltese businesses.   Maltco presented a total of eight awards throughout the ceremony of which four were presented in the Best Entrepreneur of the Year Awards & another four were presented in the Malta’s Best-in-Business Awards 2020.

Vasileios Kasiotakis CEO of Maltco Lotteries Limited stated, that the company focuses its business strategy on its mission therefore to develop and provide entertainment to Maltese Players in a Responsible way. Maltco’s CEO commented on the actions taken towards corporate social responsibility to support the Maltese community. “We focus on creating value proposition to all of our stakeholders through the implementation of an effective strategy which is based on our company values: Care, Drive, Trust & Imagination,” concluded Vasileios Kasiotakis.

For more information you may email info@maltco.net, visit the company’s website, social media pages or call Maltco’s Helpline on 23883333.