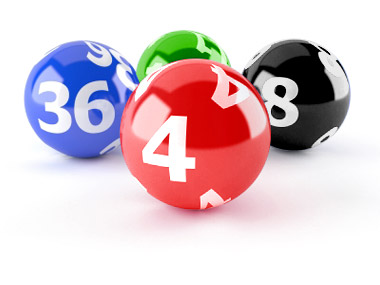 Thursday, June 28, 2017, Malta – Maltco Lotteries has once again contributed a further €50,000 to the Responsible Gaming Foundation with a cheque presented to the Malta Gaming Authority. Maltco contributes to Malta’s economy through job creation and investment as well as to social well-being through an on-going programme of financial support for NGO’s, culture, sports and health.

Parliamentary Secretary for Financial Services, Digital Economy and Innovation Silvio Schembri thanked Maltco for contributing annually as part of the agreement with the Government. “It is the example we want to showcase, that is having a whole economic system where nobody is left behind. There’s the industry gaming that wants to be a key player in the well-being of our society, the regulator which provides the ideal environment for this industry to operate , the Foundation that bridges between the industry and society and ultimately us the policy makers that provides the ideal tools for this whole chain to be possible” said Schembri. Silvio Schembri affirmed Government’s commitment in strengthening the gaming industry while looking forward to the implementation of the Foundation’s social projects which are proof of a healthy balance in the Home of Gaming Excellence.

Maltco’s contribution will definitely strengthen the work and vision of Responsible Gaming Foundation,

On behalf of the Responsible Gaming Foundation; Chairman Vincent Muscat and Mr Kayne Said,  expressed that after the survey about Consumption of Gaming Services in Malta, published by the Malta Gaming Authority, and in view of the new Gaming Act being approved by Parliament, the Foundation is in a better position to implement social programmes targeting those most vulnerable to gaming addiction. Hence the Responsible Gaming Foundation will be enhancing its current campaigns, will be strengthening its social function through the ‘’Take Action Program’’ and in the coming months, the Foundation will also be assisting the MGA in its plans  to launch a unified self-exclusion project for its remote gaming licensees,  as well as continue working on the recently updated land-based system.

Mr Muscat & Mr Said both thanked Maltco Lotteries for always supporting these measures, amongst others, through several donations supporting the programs and campaigns implemented by the Foundation.

Chief Executive Officer Vasileios Kasiotakis, on behalf of Maltco Lotteries thanked all the stakeholders, particularly Maltco Agents and Employees, who during this “Year of Retail”, have all passed the Responsible Gaming annual training on Responsible Gaming provided by Maltco. “This contribution allows all the Maltco Lotteries family to reinforce good work in the wider community.