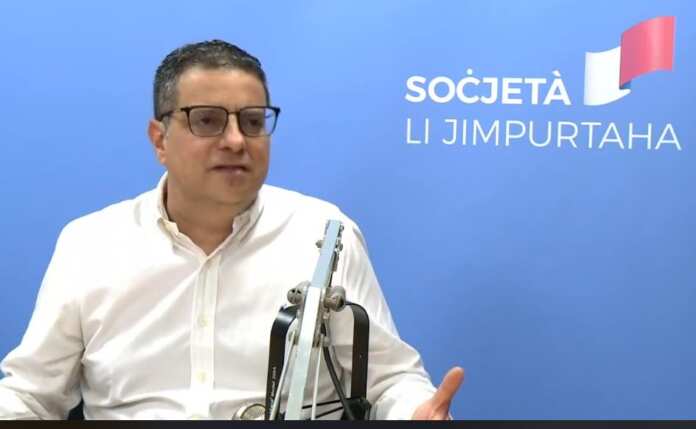 Leader of the Partit Nazzjonalista Adrian Delia said that the Labour Party, which according to its name should be close to the workers, is creating a society wherein the rich are rolling in riches, and the poor are fighting to survive. He added that today, on the occasion of International Anti-Corruption Day, Malta’s wealth is going to three people rather than being shared with the rest.

During an interview on Net FM, Delia said that if one doesn’t have the help of a Minister or his accountant, one won’t be treated the same. Delia spoke of Nexia BT’s Brian Tonna being paid €5,000 a month for criminal operations.

The Opposition Leader said that the Prime Minister is not only running from his responsibilities, and that he is denying clear evidence of corruption from those closest to him. Delia said that the Opposition will continue speaking about corruption as long as the Government keeps stealing €200 million every two years from the Electrogas powerstation.

The Opposition Leader said that this week Parliament will discuss the murder of journalist Daphne Caruana Galizia. The PN said in their motion that every killing is to be condemned, but this particular murder is not only the murder of a mother and a journalist, but an attack on the media.

Delia said that is is unacceptable that someone gets persecuted for expressing their opinion. He added that this is one of the basic foundations of a democratic society, and if this liberty is restrained, this means that democracy is under threat.

In his appeal for the fundraising marathon, Delia said that the PN needs to be the people’s party, which is why they need donations to keep moving forward. He said that he is looking at the individuals and families who came into the PN Headquarters for the first time because they feel that the Partit Laburista has betrayed them.