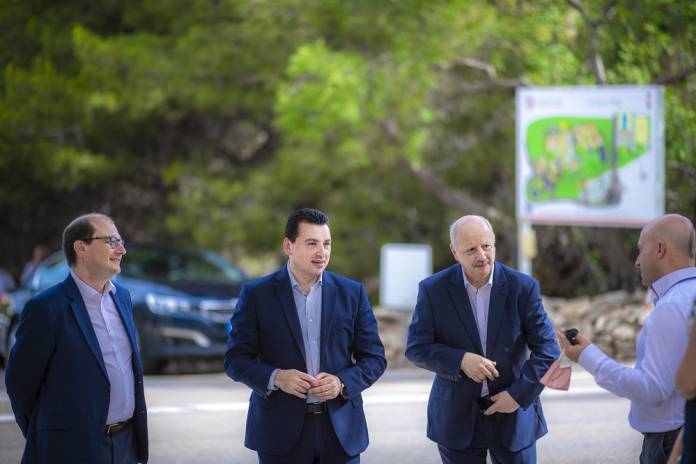 Malta’s spatial data got a makeover through an EU-funded integrated information system project which extends from a new base map, last drafted in 1988, to the launching of an online information system that brings together data from different entities and partners, announced Environment Minister Aaron Farrugia.

During a visit to one of the more immersive elements of this project, the SIntegram CAVE – Computer Automated Virtual Environment, Minister Farrugia said that this project benefits society as it can take a snapshot of our environment, travel within it, review the changes that would occur, understand the rise of sea levels, and other possibilities.

SIntegraM, is an EU project partially financed by the European Regional Development Fund, ERDF, led by the Planning Authority, PA, and is a foundation project that is revolutionising data as we know it; converting Malta into a three-dimensional world capable of being explored through virtual reality, augmented reality and now a mixed reality.

Minister Aaron Farrugia explained that this system will allow for proposing and monitoring of green infrastructure, as well as aid in enforcement: it will provide tools to monitor infringements, rural offences and urban abuses.

During the visit Parliamentary Secretary, Stefan Zrinzo Azzopardi, who was also present, stated that with the investment of € 7 million in European funds, a project is being conducted to gather information in one centralised system. He explained that this system will be collecting information not solely from land, but also underwater and from above by means of drones so that through a digitalised process a virtual image will be produced of various Maltese sites.

Project leader Ashley Hili said that through this project the Planning Authority aims to develop a national spatial data infrastructure and enhance the capacity of geo-spatial/GIS technology expertise for Malta.

Prof. Saviour Formosa, who conceptualised and drove the SIntegraM project, said that since the launch of the Cloudisle Initiative that depicted the first 3D map of the Maltese Islands in 2017, technologies have advanced drastically, and the University has been instrumental in ensuring that this project has tangible goods for society.