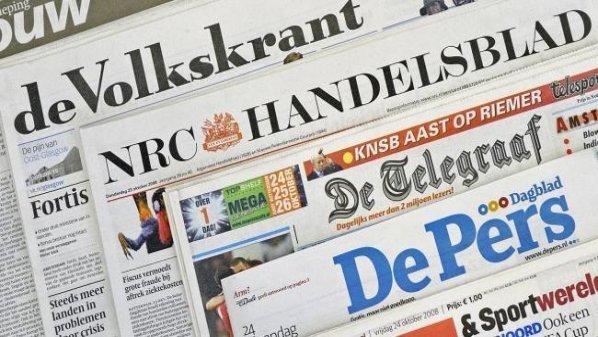 The head of the European Union’s executive arm, Ursula von der Leyen, on Wednesday evening demanded a “thorough and independent” investigation into the 2017 murder of journalist Daphne Caruana Galizia.

“I expect there to be a thorough and independent investigation, free from any political interference,” von der Leyen told a news conference in Brussels on her fourth day in office. “It is crucial that all those responsible are put to justice as soon as possible.”

Euronews: ‘How is he going to function in a credible manner?’ EU mission calls for Muscat to quit now

The head of an EU mission to Malta has called on the country’s embattled prime minister to step down immediately. European lawmaker Sophie In ‘t Veld told Euronews that there were two major issues with Muscat remaining in power for another 5 weeks. “Everybody can see that this is very problematic, as how is he going to function in a credible manner, not just leading this country but also being on the council of the European Union?” In ‘t Veld said. “And secondly we fear that this continued period will offer too much opportunity for people to tamper with evidence and to undermine the murder investigation that is going on and it’s really essential that the truth comes to light and justice is done.”

The EU’s smallest country could become its biggest problem. Prime Minister Joseph Muscat has promised to step down in the new year after the investigation into the murder of journalist Daphne Caruana Galizia revealed close connections between suspects in the case and his top team. That’s nowhere near enough, according to a group of MEPs who visited the island this week, and it could be a major headache for the new European Commission.

So much for an easy start. Malta’s rule of law crisis poses an immediate test for new European Commission president Ursula von der Leyen. Over two years since the assassination of investigative journalist Daphne Caruana Galizia, events in Malta have begun to move with lightning speed, embroiling the country’s political and business elite and forcing prime minister Joseph Muscat to announce his imminent resignation.

The new EU Commission president Ursula von der Leyen said Wednesday she is “concerned” about recent developments in Malta, where investigations into the 2017 murder of a journalist have shaken the government, prompting prime minister Joseph Muscat to announce that he would resign in January. “I expect thorough and independent investigation, free from any political interference. It is crucial that all those responsible are brought to justice,” she said.

Pressure increased on Joseph Muscat, Malta’s prime minister, yesterday after the publication of a letter seized by police that implicates his former chief aide in the murder of an anti-corruption journalist and blogger.

The Atlantic : A Journalist’s Death and an Island in Turmoil

“On a tiny island in the Mediterranean Sea, on the fringes of the European Union, something incredible is unfolding. A political crisis and a social uprising, spurred by investigative journalism, is revealing the failures of Europe. Yet the bottom line is simple: If the Maltese government doesn’t step aside to allow independent investigations to proceed, Europe—as a set of institutions, values, and protections—will have failed.”

The island that won a slice of PokerStars business from the Isle of Man has been plunged into political and economic problems.

The rival offshore gaming jurisdiction of Malta has been making the headlines in the last few days. 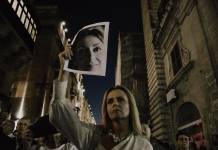