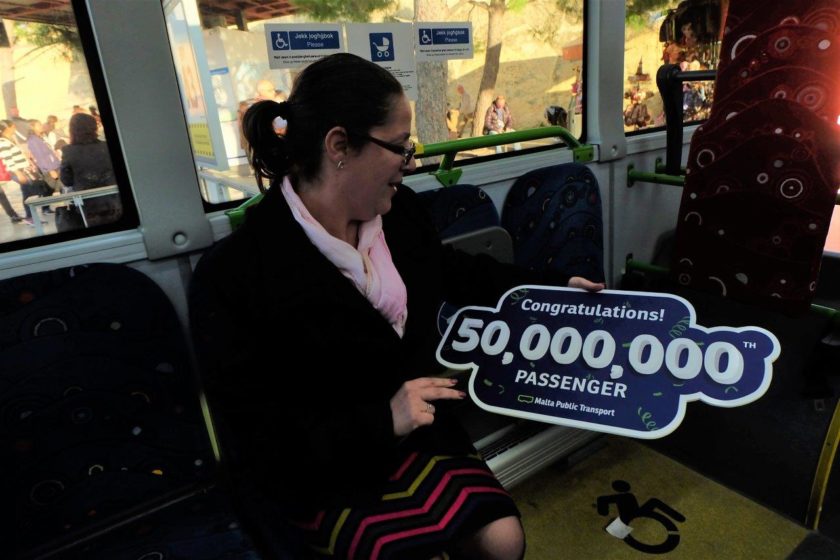 The service provider has been operating across Malta and Gozo since 2015 and has recorded a 30% growth in the number of people using its buses.

Kathleen was given a holiday for two to Spain as well as a year’s free travel on Malta Public Transport.

Speaking at the event, Konrad Pulé, General Manager of Malta Public Transport, said that reaching the 50 million mark was, ‘an impressive achievement for our operation in Malta’.

He also explained that the company expects to carry over 52 million passengers by the end of 2018.

“Procedures were followed as passenger tests positive to COVID-19” – MIA

Customs seize over €39,000 in undeclared cash at MIA