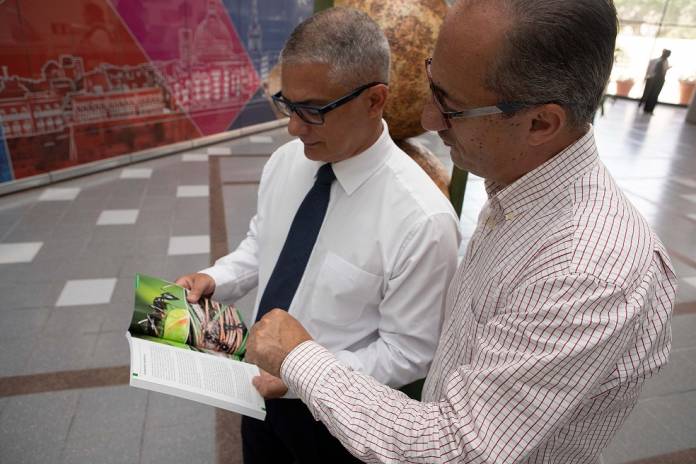 Bank of Valletta is supporting the latest edition of the Entomological Society of Malta’s Bulletin.

The Entomological Society of Malta was founded in view to encourage and promote all aspects of entomological studies and research in Malta with this 10th edition of the Bulletin highlighting the latest research and discoveries in Malta.

Since 2018 the Entomological Society of Malta has been publishing a peer reviewed journal with scientific work related to biodiversity studies in the Mediterranean region, with special reference to insects found in the Maltese Islands. In all 10 volumes published so far by the Entomological Society of Malta, a total of 231 contributions were published, consisting of 80 long research papers, 34 short correspondence papers, 78 extended abstracts and 39 articles for the young entomologist’s section.

All this work was the joint effort of more than 50 Maltese scientists and more than 140 scientists from all over Europe. Information was provided on more than 1600 different species of arthropods (insects, spiders, mites and related animals) which occur in the Maltese Islands. Of these around 550 represented new records for the Maltese Islands, and three species were also described in these volumes as new to science.

In this year’s publication a total of 21 contributions were received to be published in this journal. This was only possible with the cooperation of 28 scientists from all over Europe who contributed for this. The highlights of this year’s publication include 47 insects new to the Maltese fauna, of these one which is also figured in the front cover of this year’s volume is a small wasp which induces a plant gall on thistle. This insect was described from Morocco in 1901 and since then it was only found once in Italy, once in Spain and once in Portugal and now it was found on our Islands. Some of the papers included in this year’s journal were presented at the 4th International Congress of Biodiversity, “Man, Natural Habitats and Euro-Mediterranean Biodiversity”, which was held in Malta in November 2017 and was hosted by our NGO.

This unique publication, which is unique in its kind in Malta brings a systematic study of species that were never previously recorded in Malta, beautifully illustrated in full colour.

Dr David Mifsud, President of the society and editor of the publication, presented a copy of the book to Charles Azzopardi, Executive PR & Marketing at Bank of Valletta. in recognition of the Bank’s support.

“Bank of Valletta has established itself as a main citizen in Malta’s community and a very green stakeholder of our islands,’ said Mr Azzopardi. “We are proud of our association with the Entomological Society of Malta that studies the life on insects in our country and also their relationship and interaction with humans and other organisms – a subject that many of us never take into consideration.’

‘This 10th edition of the Society’s Bulletin is a very important milestone, one that has made numerous discoveries and announcements over the years’ said Dr Mifsud. ‘While some see insects as pests, their contribution in the fields of agriculture, chemistry, biology and molecular science serve as the basis for development in food production and storage, pharmaceuticals and a variety of other fields of study.’

The ESM was officially established in 1998 as a non-profit, educational and scientific organisation. Anyone interested in obtaining any of the publications is to contact Prof. David Mifsud on david.a.mifsud@um.edu.mt.