Malta will commence a process by which two European Delegated Prosecutors will join the European Public Prosecutor’s Office, through an open call for applications.

The EPPO is currently being set up with the main aim of enhancing the investigation, the prosecution and the bringing to judgment of offences affecting the Union’s financial interests, such as fraud and money laundering offences.

In a statement the government said, that during the meeting Ms Kövesi expressed her satisfaction at the fact that, despite the objective obstacles faced by Malta in nominating a European Prosecutor on the College of Prosecutors within this Office due to the limited pool of eligible applicants, Malta managed to work very “efficiently” and “effectively” with the European Commission and the current German Presidency of the Council of the EU to unblock the deadlocked situation.

EU made to lower EPPO standards for Malta, PN says 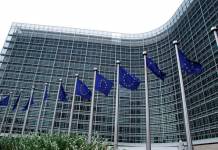 Zammit Lewis also explained that the significant number of reforms being undertaken at national level are intended to strengthen the quality, independence and efficiency of the national justice structures and institutions. This is being achieved through a structured dialogue with the Venice Commission of the Council of Europe, as well as with the European Commission.