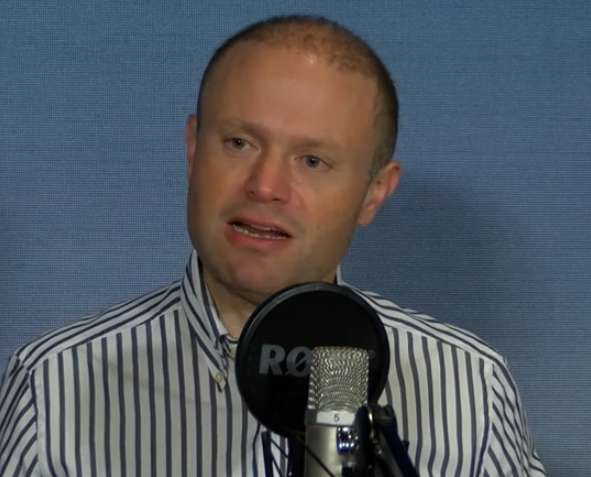 Prime Minister and Partit Laburista leader Joseph Muscat and said that Malta will continue using its common sense and be part a pro-active European effort.

During his Sunday intervention on the party’s radio station, Muscat commented extensively on the migrant issue. He said that the government is sticking to two important principles, that of the protection of human lives and the protection of national interest.

He emphasised that we need to respect the law and save those that are drowning. However, he added that Malta cannot carry someone else’s burden.

Muscat said that these incidents led to the need to adopt a different attitude to the issue. He said that following communication with the European Commission, it was recognised that Malta is not responsible and cannot carry a burden that is heavier than its capabilities.

France has pledged to take 150 persons to its territories and expedite its procedures. A special flight has already been sent to Malta to pick up a number of migrants.

Germany will do the same in the coming days.

Joseph Muscat also lauded extensively the Armed Forces of Malta and their professional and impeccable work with the migrants saved at sea. He added that from now on Malta will allow disembarkation and a temporary refuge to migrants which will then be transferred to other countries.

He added that in light of all this, Malta continues to reflect an image of common sense and pro-activity.

The Prime Minister concluded his Sunday message saying that in the next weeks we will have more investments and creation of work. He added that he is happy to see people serene because they have money in their pockets and employment is supplied.

EU has great expectations of Biden