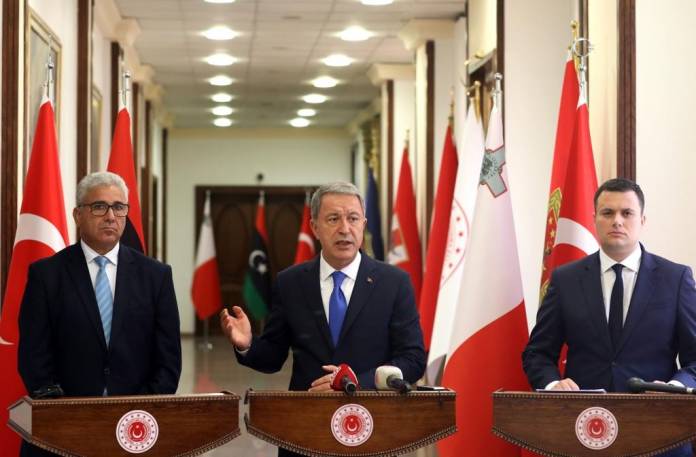 The situation in Libya – as well as its impact on migration flows to Malta – was again discussed in talks involving the Maltese and Turkish governments, with Home Affairs Minister Byron Camilleri paying an official visit to Ankara.

Camilleri’s visit was at the invitation of Turkish Defence Minister Hulusi Akar, and he also met with Interior Minister Süleyman Soylu. Akar had visited Malta earlier this month, meeting Foreign Minister Evarist Bartolo in the process, while Bartolo also visited Ankara on the invitation of his Turkish counterpart Mevlüt Çavuşoğlu. 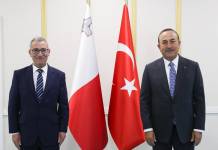 Malta’s contacts with Turkey have increased in recent months, with one key interest being Turkey’s key role in the Libyan Civil War, as a leading supporter of the Tripoli-based, UN-recognised Government of National Accord. Turkey’s support has been crucial as the GNA repelled an offensive that reached the outskirts of the Libya’s capital, moving the frontline to the central coastal city of Sirte.

Malta has long complained that the EU is not providing sufficient support on the issue of migration, as many asylum seekers leaving Libya end up in the country’s search-and-rescue zone. The Home Affairs Ministry was keen to note that Akar pledged the Turkish authorities’ help “in the fight against people smugglers in the central Mediterranean,” downplaying humanitarian concerns.

During the visit with Ankara, tripartite meetings were also organised between Akar, Camilleri and Libyan Defence Minister Fathi Bashagha.

In a separate meeting between Camilleri and Bashagha, migration was a key topic. The ministry said that both sides acknowledged that while Libyan authorities were managing to stop many crossings in the central Mediterranean, there were still challenges requiring the commitment of both countries.