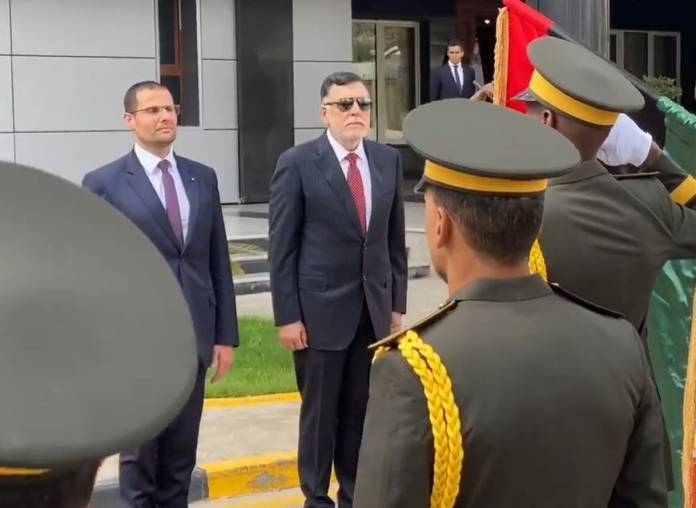 The memorandum of understanding regarding migration and agreed between Malta and Libya formalises, arguably for the first time, the modus operandi for the current informal system of push backs of migrants into Libyan territory. As retired European Court of Human Rights judge, Mr Justice Giovanni Bonello put it in comments to Newsbook.com.mt, “The concerns arise about what the agreement ignores.”

This MOU comes hot on the heels of the Mifsud magisterial inquiry which L’AVVENIRE maintains whitewashed Malta’s involvement in the tragedy which left 12 migrants dead in Easter week. Contemporaneously with the inquiry, the Italian government had very harsh words to say about Malta’s behaviour in ushering migrant boats which were within swimming distance to Malta, on their way to Pozzallo in Sicily. 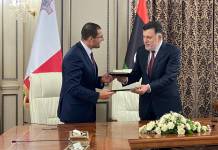 The MOU, valid for three years with an optional extension of a further year, basically provides for the setting up of two mirror offices, one in Malta and one in Libya, financed by Malta and “The two centres operations will be limited to support and co-ordination” says the MOU. The offices will be staffed by three officers of both nationalities. The MOU stipulates that Malta shall propose to the EU Commission and member states an increase in financial support to Libya so that the embattled state can patrol and secure its southern borders. Malta shall also propose funding for additional maritime assets necessary “ for the interception and follow-up of human trafficking activities in the search and rescue region of the Mediterranean basin”.

‘Not even an agreement’

Mr Justice Giovanni Bonello, in comments to Newsbook.com.mt said that “Any MOU intended to improve cooperation between states on issues of mutual interest is, in principle, a step in the right direction. There is nothing to criticize in what the agreement includes.

“The concerns arise about what the agreement ignores. While its object is the welfare of the Libyan and the Maltese people, the welfare of the principal victims, the immigrants, asylum seekers and refugees, is never once mentioned. You would think that this MOU refers to the extraction of minerals, not to human beings, with some basic rights, not to say dignities.

“The MOU rightly determined that it is “not to be used against the interests of territorial integrity as well as the security, of other states”. That is laudable. It does not in any way establish any form of protection for human beings when they are at their most vulnerable”.

Newsbook.com.mt contacted former Foreign Affairs Minister Tonio Borg and asked for his take on the MOU, given that he had previously signed a similar document back in 2009. “This is not even an agreement but a memorandum of understanding. It establishes coordination centres composed of six persons: two Libyans and one Maltese in Libya, two Maltese and one Libyan in Malta to improve communications regarding illegal migration in Libya and the Mediterranean. There are no obligations regarding prevention of arrivals, repatriation to the country of origin where that is permissible by international law. All expenses for these Centres have to be forged by the Maltese Government. If these improved communications will result in Libya patrolling its frontiers to prevent departures still has to be seen,” commented Dr Borg.

In 2009, the government of Malta had signed a similar document with Libya. Also described as an MOU by the government statement, the government statement said that it was “…  inspired by the desire of Malta and Libya to further promote the friendly relations between them and the necessity of improving the safety of life at sea in the Mediterranean basin conscious of the great importance of rendering assistance to persons in distress at and over the sea and also the establishment of adequate and effective arrangements for search and rescue services”.

Similar to the present document the MOU then had provided that both countries coordinate, cooperate and support each other to their possible utmost for Search and Rescue operations within their respective search and rescue regions (SRRs). In the 2009 document, both sides also agreed to authorize their Rescue Coordination Centre to request assistance via the RCC of the other country and to provide all information on the distress situation in their respective Search and Rescue Region.

Furthermore, the Memorandum had provided for drills so as to train their respective search and rescue organizations for inter-operability purposes, exchange of visits and training at the AFM SAR Training centre apart from periodic meetings of representatives of both sides to ensure continued, enhanced cooperation.

Meanwhile, legal experts who have dealt with migrant issues noted that the MOU makes no reference to issues pertaining to human rights. Newsbook’s sources said that Libya has no interest in signing the Geneva convention since that would impose on Libya benchmarks on how migrants should be treated. Moreover, the practice has been, and this is not a recent development, that Libya accepts back Libyans. The treatment of other nationalities, never a priority, has deteriorated rapidly and considerably after the ousting of the military dictator Muammar Ghaddafi.