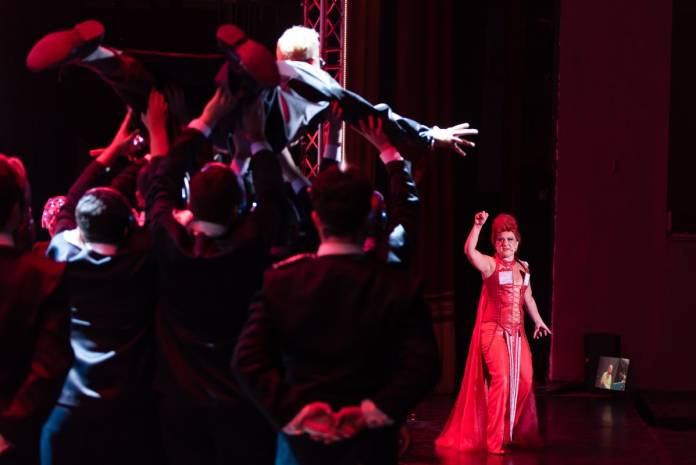 Get ready to raise the roof in the Malta debut of We Will Rock You, the musical phenomenon by Queen and Blackadder-writer Ben Elton. FM Theatre Productions is staging the smash hit at the Mediterranean Conference Centre from the 18th October.

West-End performer Jordan Carr stars as Galileo Figaro, the show’s central character. “I’m thrilled to be in the Maltese debut of We Will Rock You,” beams Carr, “Freddie Mercury is an all-round showman, so I can’t wait to rock out in his shoes.”

One of London’s longest-running musicals, We Will Rock You is a societal critique set to the music of the legendary rock band Queen. In a dystopian future where we all dress and act the same and music is strictly forbidden, a group of Bohemians rebels against the system, restoring free thought, fashion and – above all – music.

Taking on the role of Killer Queen – the show’s villain – is West End star, Katie Paine. “I’ve played the role over 300 times in London, so to be Killer Queen in Malta is rather special to me,” smiles Paine, “The Maltese cast is incredibly talented, and I immediately felt so welcome. It’s a brilliant script and a mind-blowing show!”

We Will Rock You is on at the Mediterranean Conference Centre, Valletta on the 18th October at 8.00 pm and 19th and 20th October at 2.30 pm and 8.00 pm. Tickets may be purchased online from the MCC website.

John Paul Cordina   August 13, 2020
Bars, discotheques and nightclubs are now subject to the same regulations governing mass events in a bid to limit the spread of Covid-19, on the strength of a new legal notice.

Amy Borg   August 13, 2020
During last month a total of 680 workplace inspections were carried out by OHSA.