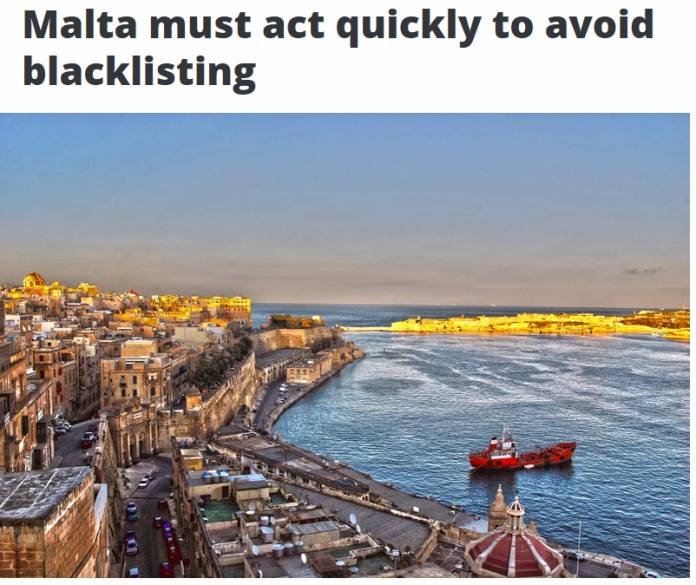 Murder, political motivation and corruption were linked inexorably in an article published in the EU Observer. Penned by Martin Kenney and Tony McClements, one a managing partner  and the other a former police officer and investigator  in a specialist investigative and asset recovery solicitors’  practice based in the British Virgin Islands, the opinion piece states that “…Malta may only be a small island, but it has been the focus of much attention concerning some serious matters (including at least one murder), that appear to have been politically-motivated or arising from the corruption associated with organised crime. Sadly, as the people of Malta are discovering, the two tend to go hand-in-hand.”

With a disclaimer from the EU Observer, placing these thoughts as firmly those of the writer, the op-ed piece is an interesting reflection of the way non-Maltese are perceiving the events (or lack of them) in Malta. Kenney writes that “Malta has found herself targeted by organised crime gangs who see her as an excellent location to launder their illicit money”.

Casa asks for investigation into 17Black and the FIAU

Moneyval report should be a wake-up call, say specialists

The writers note that the Maltese police force has been singled out by the Council of Europe’s Moneyval report, calling into question their ability (or willingness) to engage criminals using the tools available to them through financial investigation. “These tools and powers appear to have been left on the shelf, with little police appetite to pick them up and wield them in anger” write the fraud investigators. They add that “Those of us whose professional life revolves around the investigation of international fraud and corruption will appreciate that there can be little excuse for the Maltese government to allow its police force to fall into such disrepute”.  The continue that the Maltese police cannot be seen to be hiding (or being hindered) behind a lack of training and resource issues, adding that “…This report should serve as a wake up call for the Maltese government”.

‘If Malta cannot or will not correct its weaknesses, European institutions must intervene’ – CoE

According to the authors, Malta finds itself on the cusp of being financially blacklisted, which for a small island and economy could be devastating. Equally worrying for the authors are the perceived shortcomings in the investigations into the murder of investigative journalist Daphne Caruana Galizia “…including the fact that the three suspects have questionable sources of income, with one enjoying a lavish lifestyle despite being unemployed or lowly paid”.

On the verge of being blacklisted

Where a murder inquiry is concerned, insist the authors, it is incumbent on the police to use every tool in their kit to bring the culprits to justice and financial crime investigative measures are now embedded into the fabric of most major police investigations.

“By following the money and identifying criminal assets, the police can very quickly identify motive, and in some instances, who has been paid to undertake the crime concerned” write Kenney and McClements. Indeed, one may observer that this is what Caruana Galizia had been doing in her Running Commentary prior to her assassination. “In effect, financial investigation should be close to the core of all major criminal enquiries” continue the fraud specialists.

The Minister for the Economy and his ‘policy officer’ have frozen my bank accounts: My statement issued to all media

That crook Schembri was in court today, pleading that he is not a crook

Government is rendering Malta a target

According to these fraud specialists, the Maltese government’s vulnerability isn’t limited to the ways in which their police investigate crime. “By failing to do so effectively, in particular their lack of financial investigation resources, Malta becomes a target for the Financial Action Task Force (FATF), Transparency International, and other international overseers whose role is to encourage the introduction of effective regulation, designed to frustrate those who would abuse financial institutions”.

The authors sound a dire warning: “Malta needs to drag itself into the 21st century. Unless it does so, the nation will continue to be exploited by crooks from across the globe, and ultimately find herself blacklisted with all the negativity that comes with being highlighted as failing to supervise her financial sector. Insofar as murder investigations are concerned, as in the case of Caruana Galizia, financial investigation must be one of the [Standard Investigative Operations] SIO’s go-to tactical options to tease out all the intelligence that may prevent a similar murder.”