Minister for Health Chris Fearne outlined that the reason Malta is not following the recommendations put forward by the Great Barrington declaration is because the argument it posits is that everyone should be exposed to the virus in order to have herd immunity. He stated that only a vaccine will help achieve herd immunity.

He said this in Parliament, in response to Godfrey Farrugia. Farrugia asked the Minister why the health authorities are not following the Great Barrington declaration that addresses the management of the pandemic. Its recommendations were backed up by over 30,000 doctors and 10,000 medical experts and public health experts. Malta’s recommendations on the other hand are contrary to the Great Barrington declaration, or far harsher, according to Farrugia.

Fearne answered that as of 15th October, the World Health Organisation (WHO) published a clear explanation as to how exposing more people to the infection will not translate into herd immunity. The only way to to have herd immunity is via the vaccine. Therefore, the Great Barrington declaration turns this on its head by saying that herd immunity is achieved via mass infection.

Last month
Covid-19 vaccine will not be mandatory – Abela 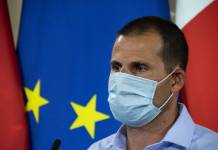 He went on to outline that the stories of other countries as well as Malta show that this is not so. Furthermore, evidence was presented before the World Public Health Congress that American organisations that are anti-vaccinations helped in the creation of this declaration. Fearne concluded that Malta follows guidelines provided by international authorities, such as the WHO and the ECDC.

Farrugia also asked how Malta doesn’t follow the guidelines set out by the WHO. The WHO recommends that masks are to be used by those who have no symptoms only when social distancing cannot be achieved.

Fearne stated that not only the WHO standards were consulted. WHO recommendations apply for the entire world. However, there are higher standards that apply for EU countries (ECDC), the UK (Public Health England), Italy (Istituto Superiore di Sanita’), the United States (CDC) and others.

Most recent health measures
New measures: All bars and band clubs to close; groups down to 6 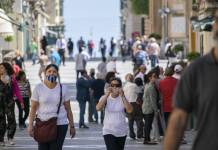