The Malta-Sicily interconnector was operating nearly at capacity when a power cut occurred on 28 November, while a significantly smaller load was being placed on the gas-powered plant built and operated by ElectroGas Malta, according to information submitted in Parliament. 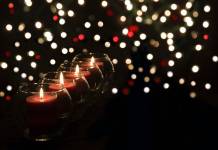 Energy Minister Miriam Dalli was replying to a series of questions by the Nationalist Party’s energy spokesperson Ryan Callus concerning the power cut.

She confirmed that when the power cut occurred, the electrical load in Malta was of 307MW. These comprised 184MW supplied through the interconnector – which has a stated capacity of 200MW – and a further 123MW load on the ElectroGas plant.

While the ElectroGas plant was touted as a key way to reduce electricity rates, the interconnector has generally been found to be cheaper, including in a 2018 report by the National Audit Office.