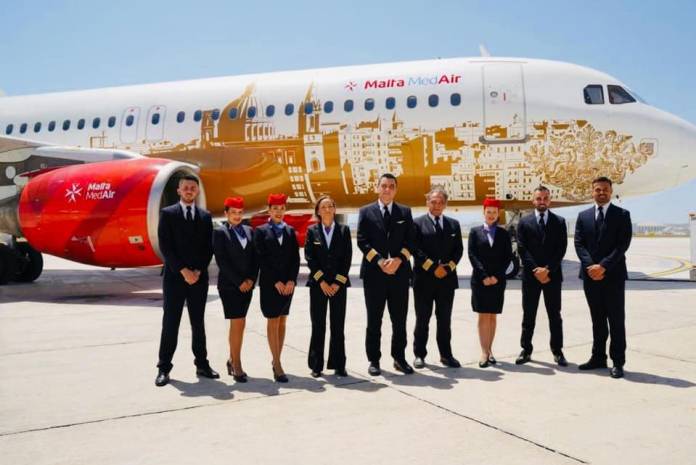 Government-owned airline Malta MedAir has performed its first scheduled flight with its own aircraft this weekend, amid plans to expand its operations.

The company was established on 10 January 2018, with the stated aim of playing a support role for Air Malta. Since March of that year, it has been operating flights for Air Malta on an ACMI (aircraft, crew, maintenance and insurance) basis, but Economy Minister Silvio Schembri has now confirmed that it will be running its own scheduled services to various European destination.

On Saturday, its Airbus A320 carried out a return flight between Malta and the Warsaw Chopin Airport, with an all-Maltese crew.

Schembri announced that the airline was planning to expand its operations and recruit new staff in the coming weeks, and that it was in discussion with various prospective clients in a bid to operate additional flights.