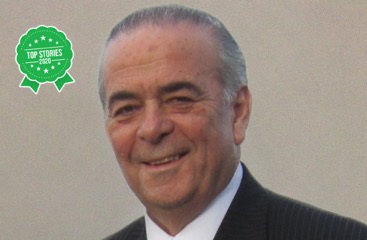 On Sunday 10th May 2020, Maltese Broadcasting and indeed Maltese industry lost a gentleman. Anthony J Tabone, former Chairman of the Broadcasting Authority, former Director in major league industries in Malta and former senior vice president of the Federation of Industries aged a few weeks short of his 76th birthday. Twannie, as he was familiarly known, was very respected both in broadcasting circles as well as in industrial circles for his honesty and integrity.

The Chairman of the Editorial Board of Beacon Media, Fr Joe Borg paid tribute to Mr Tabone:

“Anthony J Tabone was a perfect gentleman if there ever was one. I worked with Twannie (as we all called him)  in different places and roles. He was involved in the Media Centre of the Archdiocese from the very beginning and was also its Chairman.

“I worked with him as a consultant to the Board of PBS when he was Chairman and had contacts with him when he chaired the Broadcasted Authority. My latest cooperation with Twanne was during the period he was chair of the Editorial Board of Campus FM. Besides being a perfect gentleman Twannie was extremely efficient, a team-player, a had a very pleasant personality. I was shocked to hear that he passed away.